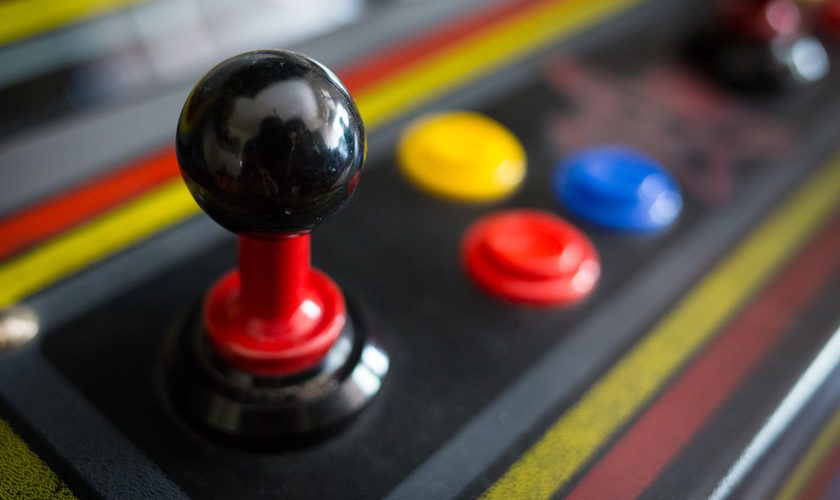 Dozens of new games are released daily on Android and iOS, too numerous premium titles are being relaunched for those who wish to relive the classicsOr for those who want to try out those games that have perished in the past. Would you like to access a list of some of the most important retro games? We’ve created it for you.

We all agree that there are literally mobile games to bore you. Often the mechanics or the graphics are copied from each other, and it’s also common to discover inspiration in more classic titles. That’s why, nothing like playing the first video games again to discover where the current ones come from. Not that the entire classic catalogue is available as an app, but it is a complete catalogue. And we have chosen 15 of those retro games: so you can take advantage of the time with your mobile phone just like you did in front of an arcade. 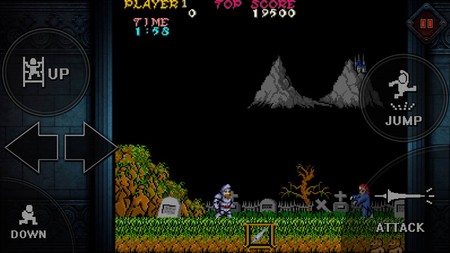 A true classic, one of those games that racked up coins in the arcades like no other. Have you ever checked the a gentleman who was left in his underwear when he ran into a ghost? Well, you can play it now too: Capcom reissued this classic for the new times. With all the originality of the old Ghosts’n Goblins, as it should be. With a certain Mario Bros feel to it, and all the fun of the best arcade, in Snow Bros you must turning enemies into snowballs so we can finish them off by crashing them into the wall. It’s a lot of fun, also a little tricky as you level up. 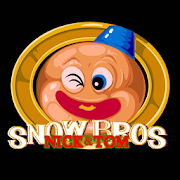 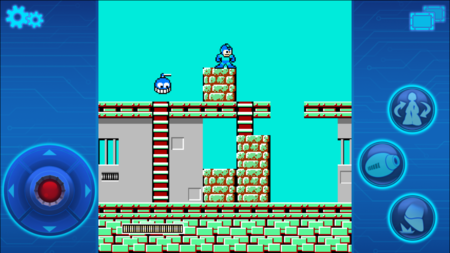 Capcom’s legendary robotic platform also landed in the mobile shops. And not just the original, the rest of the sequences accompanied it: all adapted to the touch screens to make it easy to relive the adventures of the mythical Mega Man. However, the controls are sometimes not very comfortable, which is one of its drawbacks. The blue hedgehog not only brought his original game (the arcade and console game) to the mobile phones, he also did it for free: you can enjoy the classic Sonic without costing you a penny. The rest you know: dizzying platforms with the mythical and pixelated levels. Besides, you have within your reach many other Sega classics. The mythical Pac-Man is also in the mobile phone, just as it was played in the arcades. You don’t have to say much: it crosses the different levels by devouring all the points on the screen while you run from the ghosts. Everything on the touch screen. 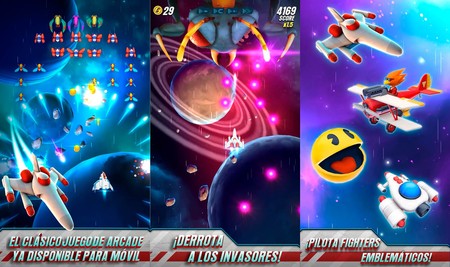 Classic title of ‘marcianitos’ that Namco Bandai reissued adding a lot of new features in his jump to mobile platforms. Otherwise, the style of play is classic: you must wipe out the ships by firing themwhile obviously dodging their projectiles. Galaga is one of the best known ‘Martian’ arcade games, but there is an earlier video game that laid the foundation for the shooting of ships: Asteroids. The Atari classic is not available in storesBut for Android there is an excellent version with the same name. It’s perfect for reliving what video games were like in the early 1980s. 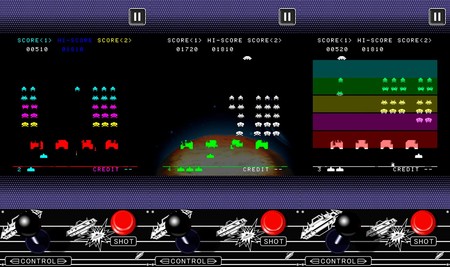 Now, the video game of ‘Marcianitos’ par excellence: the Taito Space Invaders. With its flat graphics, the ships gradually rushing against the bottom of the screen and the sounds that evoke the long hours in front of an arcade. This game is an adaptation of the original title; with a somewhat high cost even though it has no commercials. Square Enix brought together two classic titles in one game: Space Invaders, which we have already discussed, and Arkanoid, the mythical game of breaking blocks by bouncing the ball. The result is a curious jumble that’s fun to play (or not, here tastes influence). It maintains the essence of retro, although with a somewhat expensive price tag. The last game of ships we recommend, this time a classic of the horizontal scroll. R-TYPE is difficult, but also very entertaining. It is very well adapted to mobile screens, some new features have been added that suit it and it is not badly priced. In addition, the continuation, R-TYPE 2, is also available. Sony decided to reissue the mythical Q*bert, the platform game that was a big hit in the arcades in 1982. The result of the adaptation to mobiles is successful, although it loses some of the magic of the original in an attempt to increase the options of the game. Still, it’s worth playing a few games. 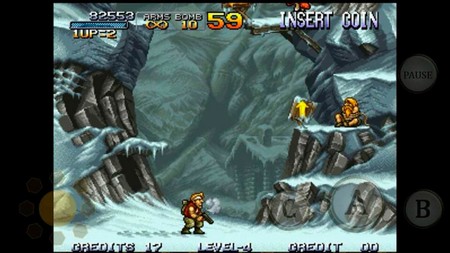 One of SNK’s best known games, the mythical one developed that gave birth to classics such as King of Fighters (which is also on Android). Beat’em up, of all times, in Metal Slug you must advance through the screens in horizontal scrolling by killing everything that’s put in front of it. On Android and iOS you have the most Metal Slug deliveries. One of the most recognizable collaborative beat’em up sagas in history, so we could define Double Dragon. With the mechanics of killing everything that moves, the game includes the three available Double Dragon titles. The quintessential block game, I’m sure you’ve played it a thousand times. And it never hurts to have it on your cell phone because it entertains like no other. Time has not passed for it, but the versions have: the last reissue was produced very recently. We would have liked to recommend the Street Fighter II, but Capcom has not yet decided to adapt the legendary fighting game to mobile phones. But SAMURAI SHODOWN II has nothing to envy eitherThe game is a classic one-on-one combat game that is full of adrenaline, as well as pleasant memories in the arcades. It is a great adaptation for mobile phones.