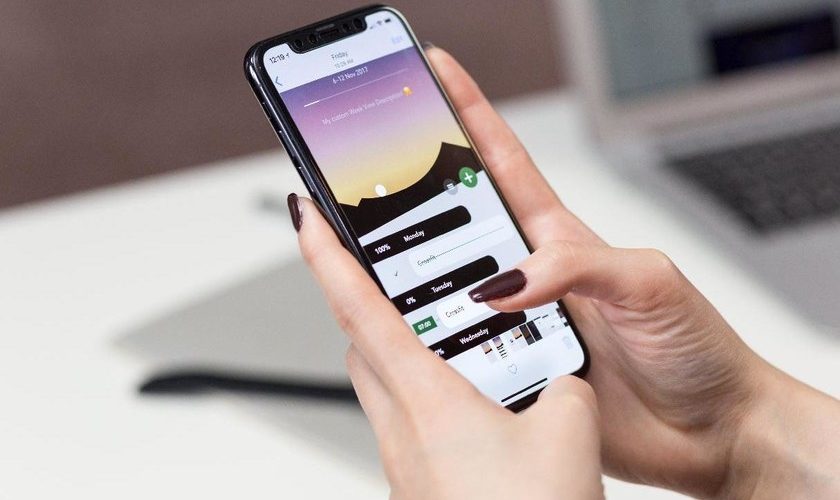 FacebookTwitterPinterestEmailWhatsApp
Home » 600 million gigs in apps and games in Q1, according to Sensor Tower
Applications

600 million gigs in apps and games in Q1, according to Sensor Tower

One way or another, the coronavirus pandemic has much of the planet locked up at home or out on the streets less time than it would like. This has led to a considerable increase in Internet consumption to the point, for example, that large streaming services had to cut back on video quality to ease network overload. And as with streaming services, something similar has happened with mobile apps.

The report comes directly from Sensor Tower, well-known analysts in the mobile world and their applications, games and other tools. The study says that in this quarter we have used 34% more bandwidth in app and game downloads for our mobile phones. This is 34% more than the same quarter last year, and 52% more than the average of the last three years. 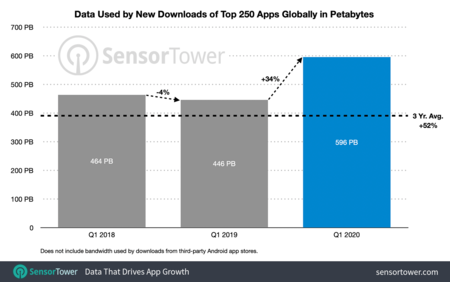 That’s the number Sensor Tower puts on the table after analyzing the download rate and weight of downloads for the top 250 applications in both the Android Google Play Store and the iOS App Store. Nearly 600 million gigs in app downloads aloneThis is a 34% increase over last year and a 52% increase over the average bandwidth consumption of the last three years, which was 391 million gigs. Please note that this refers only to first-time installations, not upgrades.

Sensor Tower reports that in the first quarter of 2019, when the situation was still normal, nearly 446 million gigs were downloaded from both the Google Play Store and the App Store, which, interestingly enough, was down 4% from the same quarter in 2018. This year, however, it has increased by 34% and this is also related, although not the only cause, to the fact that apps have grown in size. Specifically, the top 100 have grown by an average of 10% in one year.

Sensor Tower puts some comparisons on the table, such as that those 596 million gigs are equivalent to approximately 53 million hours of Netflix 4K content or, for example, equivalent to the content that would reach the memory of 9.3 million iPhones in its highest storage line. The company also points out that it has not measured downloads from local app stores, such as the Android app stores that can be found in China, or those of manufacturers such as Xiaomi or Huawei, which have their own repositories.

Another data thrown by Sensor Tower tells us that these 596 million gigs downloaded from Google and Apple stores correspond to 33.6 billion apps downloaded for the first time in these three months of the yearThis means an increase of new downloads of 20.3% in one year. Interesting data to know how the pandemic, and the increase of time available for users confined to their homes, has affected the consumption of the networks.

Coronavirus multiplies downloads: 600 million gigs in apps and games in Q1, according to Sensor Tower