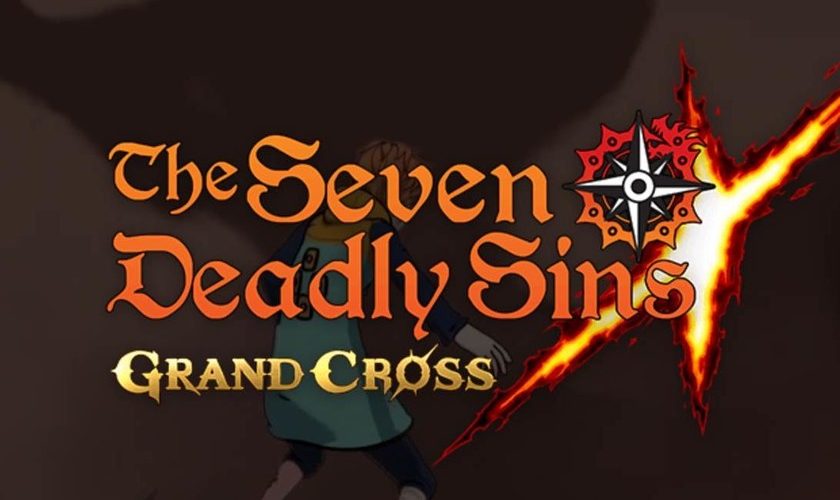 an excellent RPG with high quality graphics and great story

Among all the games that appear weekly in the Google Play Store, the RPG genre usually takes a lot of prominence, including fighting, whatever its style. Although not all of them have a story behind as the new The Seven Deadly Sins: Grand CrossThe game is based on the manga and anime Nanatsu no Taizai, the original Japanese name of the series that Netflix has in its animation catalogue.

If you enjoy the crazy adventures of the anime series, and you want to move their entire universe to your smartphone screen, now you have a good opportunity because his mobile game has just landed in the Android and iOS stores. Excellent setting, recognizable characters, top level animations and emotionally charged turn-based battles. All without forgetting the right doses of humor, as in the original content. 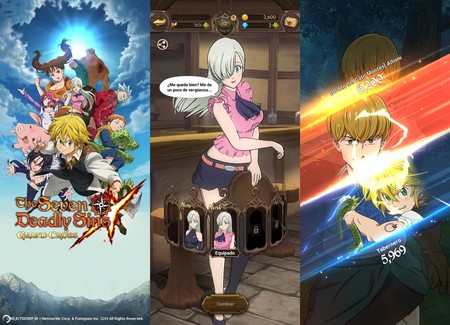 Moving a manga/anime like The Seven Deadly Sins to a mobile game is a risk because the complexity, graphic quality and animation must be kept up; without at any time underestimating the history that gives life to the game itselfThe basis of all RPGs. Well, we can say that The Seven Deadly Sins: Grand Cross is up to the challenge. 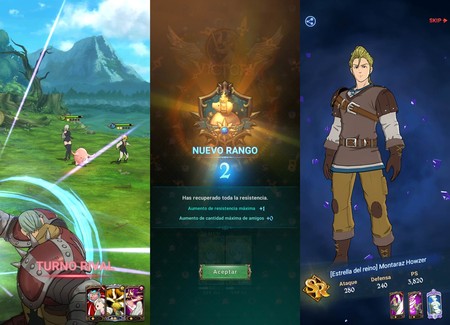 The 3D graphics with ‘cel shading’ look great in the game, as do the light effects and animations of the fights. Netmarble, developers of this new RPG for Android and iOS, has created a title suitable for fans of the original anime as for all those who want to enter a Classic cut RPGs and fights using the cards as the basis for those fights. These are by turns, you have to choose the skills with which to attack and defend, you can merge the cards and also comes into play the strategy by being able to combine different heroes in the team with which to give balance to the battle. All with the option to automatic or manual guidanceit’s the player who decides. A great hit from The Seven Deadly Sins: Grand Cross. 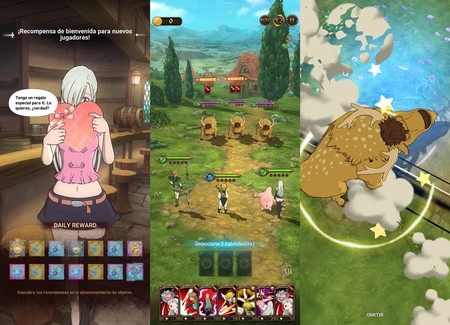 A huge world full of missions, extremely complete, with a special attention for the story that moves the whole game and completely translated into Spanish (with original Japanese voices). It needs an Internet connection to work, it has ads (we haven’t had any) and it houses the usual in-game purchases with which improve components faster or advance the creation time. Because of the time we have spent playing it, the experience is of great quality without having paid a cent. However, we have not been able to test it in an exhaustive way: only the tutorial lasts more than half an hour. 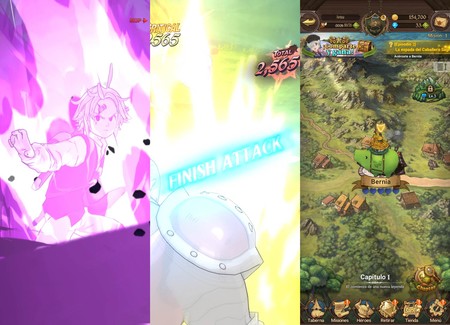 The Seven Deadly Sins: Grand Cross is now available for download at the iOS and Android mobile stores. But that’s not all, you need more than 2 GB of space on your phone and that this one has some power: the graphics are of a high level. The Seven Deadly Sins comes to Android and iOS: an excellent RPG with high quality graphics and great story