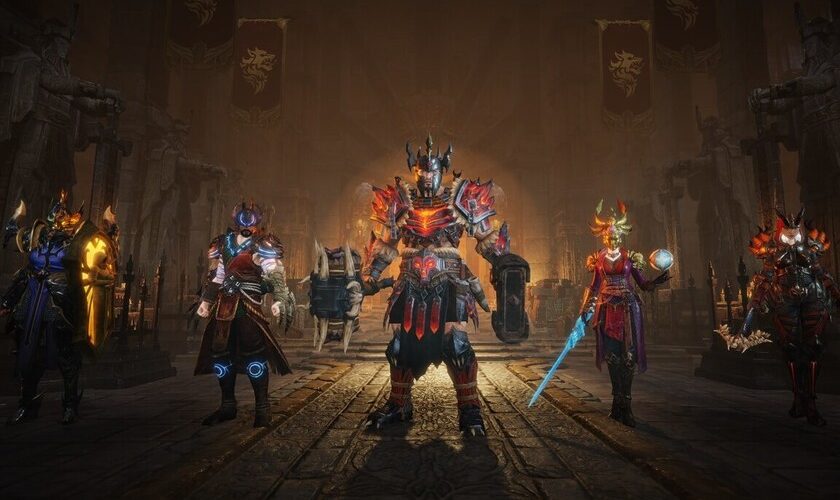 Diablo franchise extension for mobile will incorporate improvements and changes

It’s been a long time since Diablo Immortal’s pre-registration was opened in the mobile ecosystem. It happened in the month of November of last 2018 and since then we have waited for the landing of the mobile extension of one of the most well-known and appreciated video game franchises by players. Blizzard announced it at BlizzCon 2018 and it should come this year, but it won’t.

Activision Blizzard has officially confirmed that the game’s release will be delayed until next year 2022, sometime in the first half of the year. The reason for this delay is that the added time will be used to make modifications and improvements in various aspects of the game, thanks to reports from users who have been testing the beta so far.

The news that Diablo Immortal will bring after the delay

In the blog post that served as the announcement of the postponement, Activision Blizzard takes the opportunity to review the news that will be incorporated into the game and that have caused this delay. For example, the company wants that the orders that are enabled have a greater relevance in history and that they offer better rewards, something that will need both development and testing so that everything is balanced.

Blizzard announces that higher-level challenge rifts will yield unique materials that we won’t be able to locate anywhere else in the game. The developer also works for balance the classes that we can choose so that the battles on the battlefield are more competitive. It will also be sought to increase the experience gained in these combats.

Another big announcement from Blizzard lies in the Bluetooth controllers, which until now were not supported in the beta phase of the game. Since many gamers find the touch experience insufficient, Blizzard will integrate physical controls in order to play Diablo Immortal. The company will also try to increase the difficulty of obtaining high-level pieces of equipment that are therefore more coveted, while also doing the same with the legendary ones.

As a contribution to the fight against video game addiction, Blizzard has committed to activate a weekly experience cap for Blizzard Immortal players. Once this limit is reached, nothing we do in the game will serve to improve our team or characters, which should encourage us to better manage the hours of play and rest when necessary. We’ll see what effect all of this has on the overall Diablo Immortal experience, which, remember, is delayed until the first half of 2022.