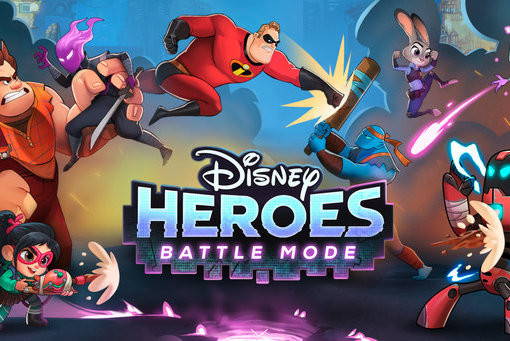 Mixing is always nice, and that’s why it’s becoming more and more frequent to see titles, both in the cinema and in series and video games, in which there’s not just one protagonist but several. Or as in the case of this Disney Heroes: Battle ModeIn this film, the protagonists come from different worlds, even though they are as similar as the universes of Disney and Pixar.

The bet was made through Disney, and PerBlue was in charge of the development of a new mobile game with role-playing touches and whose operation reminds us a lot of other bets in the market. Bets as recent as the latest South Park game, without going any further. Although The characters here are not so irreverent, but perhaps more familiar. 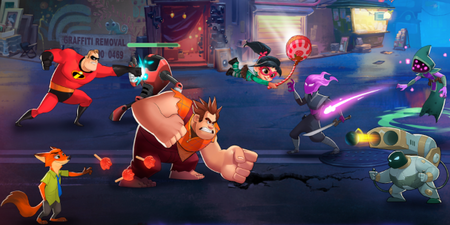 In Disney Heroes: Battle Mode we can find Mr. Incredible, Rompe Ralph or the leading couple of Zootrópolis, both the rabbit Judy Hopps and the fox Nick Wilde, and even more characters. All combined in a game that, as we said, has certain role-playing tints and that allow each character to evolveand with him every single attack.

The approach is simple, it’s a game where we have to move sideways on each screen and where our characters are constantly moving forward. We’ll simply have to deciding which attack to use at any given time for each of them through touches on the screen, and we can now try to defeat every enemy that the game puts in front of us.

With 25 characters at the time of its launch, Battle Mode now has up to 50 different characters that evolve with the passage of the games and acquire new movements, which join our repertoire. These characters will increase in number as the weeks go by, and we imagine that Disney will use these updates as a way to keep promoting a title that is already available for both iOS and Android.

In both cases we are talking about a free game although it would be more correct to define it as free-to-play. We download it for free but if we want to move faster than normal we’ll have to go through the checkout. As in other games of this type, it is up to the user to decide what he wants to do, whether to play at normal speed or to ‘dope’ with in-game purchases.

To buy skills we will have a virtual currency in the game itself, which we can collect as we progress through the title or also add it through real money payments. As we say, Disney Heroes: Battle Mode is now available for both iOS and Android. Try it out and tell us how you’re doing. 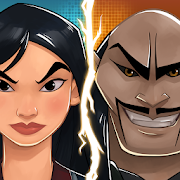 Disney Heroes: Battle Mode’: Disney and Pixar characters in a free RPG for iOS and Android