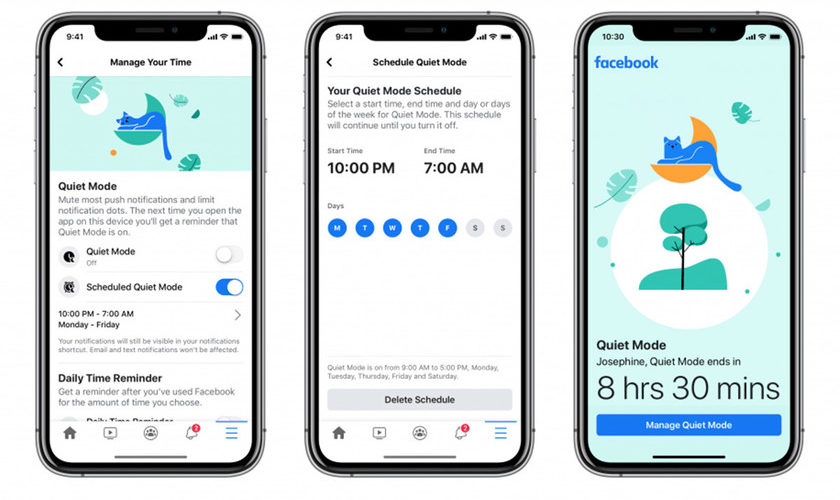 Several applications and operating systems have long included systems if you want to control how much you use them. On Facebook, it’s called Time of Use and these days it’s getting a new feature: Quiet Modeor the silent mode.

While until now Facebook allowed you to see how much time you spend on the social network and to schedule a reminder when you have exceeded a certain time, the new silent mode goes one step further: you can put a schedule for using Facebookduring which you will not receive notifications.

Facebook has announced the silent mode along with a number of other measures and changes aimed at keeping its users informed and safe during the global coronavirus epidemic. Basically, it’s kind of a no-hassle way for Facebook.

You can use this mode from the Your time on FacebookThis is accessible from the Android settings, and can be activated either manually or by programming is activated in a specific time slot on certain days.

When Silent Mode is on, you’ll be alerted when the Facebook application is opened, as well as the time remaining until it ends. While it’s on, you do not receive notifications from Facebook.

Facebook has announced this news as users are already being deployedIt is common for it to take several days, weeks or even months to appear to all users. For now, if you are interested in blocking Facebook notifications and you don’t have the news yet, you can do that from Your Time on Facebook > Change Notification Options.