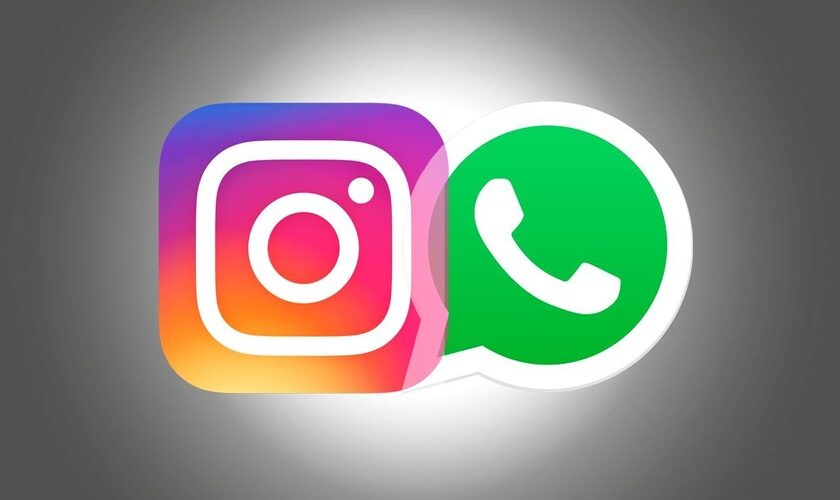 We know that Facebook plans to unite its three major messaging platforms, a milestone that is currently under development. And a hidden function has appeared on Instagram that anticipates a closer relationship with WhatsApp: users will have the possibility to receive the confirmation message through said WhatsApp.

Having the three great social applications under the umbrella, and knowing that a large part of the messaging worldwide moves between that set, opens the door to the idea of unify the delivery of messages so that each app does not have to be installed only for a specific contact. It’s just what Facebook is planning: despite serious privacy concerns, Zuckerberg is still developing platform unification. And a curious feature has just appeared on Instagram, currently only visible to developers. 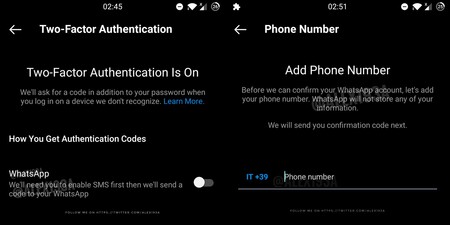 Instagram allows you to secure accounts with two-factor authentication. That is, not only do you have to know the username and password, you must also confirm access from another registered Instagram application or by entering a code that is received by SMS to the associated phone number. So, since Instagram registers such a number, why not deliver the code by WhatsApp instead of by SMS?

Alessandro paluzzi, creator of WaTweaker and an expert in applications such as WhatsApp and Instagram, was the one who anticipated the novelty: the social photography network will expand the security options of the accounts with the two-factor authentication via WhatsApp. Always without the obligation to activate it since it will be left to the choice of each person.

The captures that Alessandro has obtained correspond to the last active version of Instagram. After activating exclusive options for developers, the new WhatsApp function appears in the ‘Two-Step Authentication’ menu, within the security settings. Once the confirmation by WhatsApp message has been chosen, and provided that the user previously used the authentication by SMS (Instagram must make sure that the phone number really corresponds to the person), the access code will be received by a WhatsApp message. More comfortable, cheaper for Instagram and a preview of the integration of WhatsApp in the rest of Facebook apps.

WhatsApp can be used as a substitute for SMS. Instagram ensures that WhatsApp does not record any user data

Alessandro makes it clear that two-step authentication by WhatsApp is optional It is not necessary to activate it to use the two-step login. The problem is the doubts raised by the union of platforms: that Instagram can use WhatsApp services is a preview of what is to come.