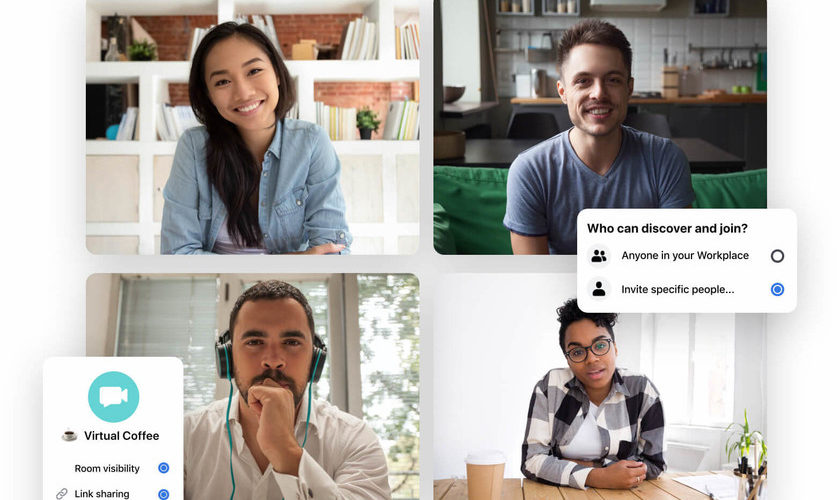 Whether we like it or not, the coronavirus has changed the world. And one of the aspects in which it will change most severely is in the workplace, as there are many companies that have discovered, at great speed and surely many reluctantly, that teleworking is a more than real possibility for their business model. That’s why giants like Twitter have decided that their employees can work remotely forever if that’s what they want, and that they are seriously strengthening the tools for that.

But even if the workplace changes, the forms will remain pretty much the same and that’s where video calls become especially important. Meetings have been, are and always will be, and that’s why the giants in the industry are getting their act together to be as competitive as possible. Meet has come a long way in recent weeks, for example, and now it’s Facebook’s turn. The social networking monster is adding group video calling to its Workplace for work environments: Workplace Rooms arrives.

50 participants and end-to-end encryption for businesses 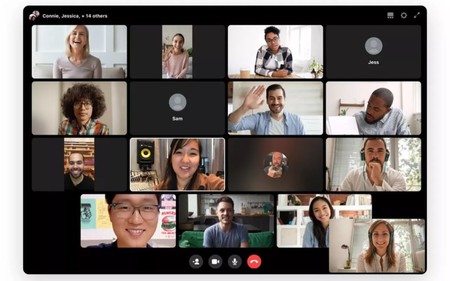 The new Rooms becomes a brother of the Messenger Rooms launched a few weeks ago, with the exception that we are talking about a tool for corporate environments. This is the reason why is integrated into the Workplace business app on Facebook which has been active for several years now. Now we also have integrated video calls and a serious alternative to Google Meet, the everlasting Skype or even Microsoft Teams of the same company, led by Nadella.

With the new WorkPlace Rooms, Facebook offers unlimited video calling for business environments. You can participate in them by up to 50 people in total and, as it happens with Messenger Rooms, people who have not contracted WorkPlaces will be able to do it because it will be enough to access the link provided by the one who creates the video call room.

WorkPlace Rooms also integrates with chats and other WorkPlace tools to make the Facebook business tool more competitive, and also will be able to operate on mobile phones, personal computers and even devices such as the from the American company itself. The service will offer end-to-end encryption to raise the level of call security.

Within WorkPlace Rooms you can screen sharing with the rest of the participants, so it will be possible to have quite complete meetings at a distance, and room creators will be able to activate restrictions during the meetings, such as deactivating participant microphones, cameras and other security measures. WorkPlace Rooms became official today but will not be available to all WorkPlace users until the end of 2020.