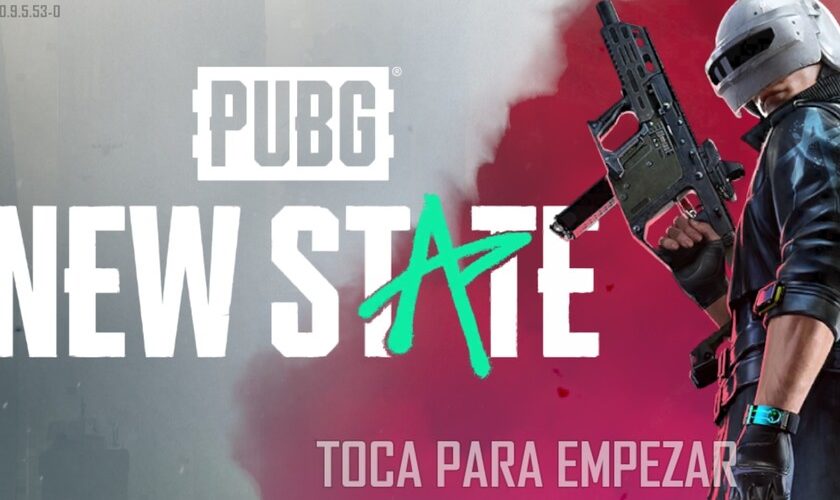 First impressions of the spectacular renovation of ‘PUBG Mobile’

‘PUBG: New State’ is the great revolution of PUBG for mobile. After a few years in the Play Store and achieving millions of euros in revenue, the new version of the Battle royale promises to come with improved graphics, a futuristic environment and all that this entails and the same or more action than ever.

We were able to test the game in its alpha phase, a version still with a lot of work ahead, but that has made us clear the intentions of ‘New State’, the changes that come with respect to ‘PUBG Mobile’ and eager to know the final version, scheduled for the end of the year.

The controls of ‘PUBG: New State’ are practically the same as ‘PUBG Mobile’, although with some improvements. Everything remains in place: movement to the left and battle actions to the right. Now we can, however, accelerate the vehicles automatically, as well as control the radio from a dedicated button (turn it off or change the station). The map is still in place, and just click to enlarge it.

The controls and game mechanics is the same as ‘PUBG Mobile’: both new players and those who have come to PUBG will feel more than comfortable

Despite being an alpha, the response has been excellent, and we have felt very comfortable with the standard configuration of these controls (say that the server was already a regular player of ‘PUBG Mobile’). As always, we can adjust each of the controls in a personalized way, to put them to our liking.

Welcome to 2051: electric cars and destruction

As always, we will get off the plane. Now the map shows the locations in text.

We land on the map with the usual parachute.

And to collect weapons like crazy to charge everyone who comes near.

Despite being set in 2051, the initial map of ‘PUBG: New State’ is very similar to the Erangel from ‘Pubg Mobile’. That is to say, we are in front of a map with different buildings and quite open field.

As soon as we landed, we noticed a more fluid character movement, more interactive buildings, improvements in vehicle driving and more.

As soon as we land in the buildings we realize a new characteristic inherited from ‘COD: Mobile’, now windows can be broken. This involves making noise, and making noise means that enemies can hear you, so it is now a bit more difficult to escape buildings unnoticed.

Despite being an alpha, PUBG feels smoother than ever, with new animations when we shoot, an exquisite vehicle control, 60 active FPS and the only pending subject to have available the same 4K textures that we have in ‘PUBG Mobile’. The graphics in this alpha version are still somewhat spartan, but in the final version they will change.

The electric car is the protagonist in the game. There is also an electric tram that we can get on.

The interiors are also more detailed.

The electric car is the protagonist in New State, so it will run out of battery if we give him more cane than the bill. The interiors have been designed with much more care than in PUBG Mobile. For those who love combustion, there are still some gasoline cars, so there is quite a variety. A new point in this game is the tram, which we can take to go from one area of ​​the map to another.

The driving system has also improved a lot: now it’s even more accurate and we have the option to accelerate automatically, so that our finger rests a little when we want to step on it for a while.

Much work ahead, but very promising

The alpha of this game, as expected, many of the new weapons are still missing, the matchmaking (despite the fact that the servers are almost collapsed), it is done with many bots so that we can test the game without being eliminated in a simple way, the menus are not fully programmed and work is missing.

‘New State’ improves on the previous game in almost everything: it took a few hours with the beta to notice that it is an even more solid proposal

However, ‘PUBG: New State’ does the job: It is an improved version practically point by point with respect to the previous game. It is important to note that ‘New State’ is a new game, not an update on ‘PUBG Mobile’, that is: both games will coexist together (for now).