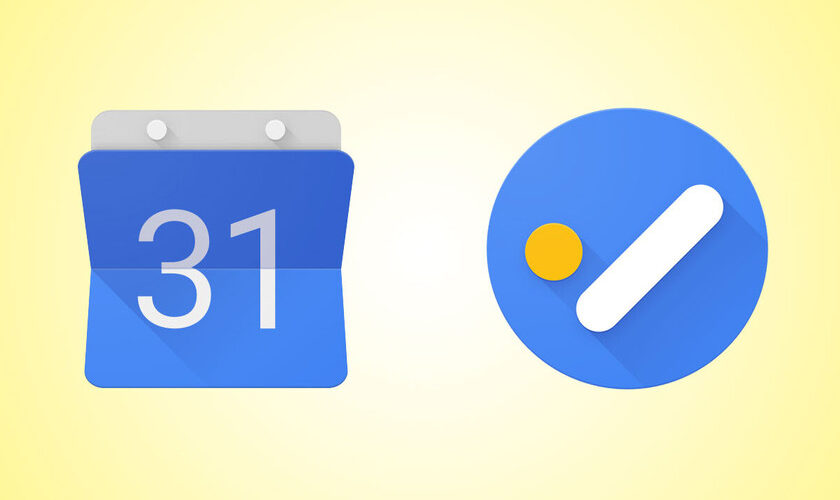 Google Tasks has long been integrated into the web version of Google Calendar, but not into the official Android and iOS applications. We knew this integration was on its way and now has already been activated to users of the Google Calendar mobile application.

After the integration reached the web version, Google Calendar mobile applications now also integrate tasks created with Google Tasksprovided that they have an associated date.

This integration means that tasks created with Google Tasks are displayed in the calendar on the specified date, as well as create tasks from the Calendar application The way to do it is the same as always: from the floating button. 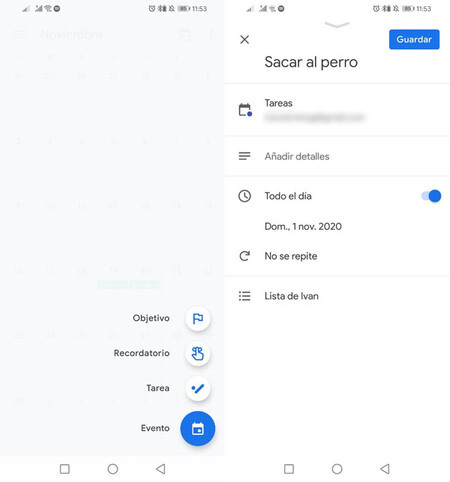 The integration works in two ways the tasks you create in Google Calendar will be displayed in Google TasksFrom where you can also complete them. However, creating a task from the calendar application gives you fewer options, since you cannot create sub-tasks associated with the main task.

Another related limitation is that tasks that contain subtasks are not displayed in Google Calendar and therefore cannot be completed. When you try, the calendar application displays a warning indicating that you need to use the Google tasks application to complete it. 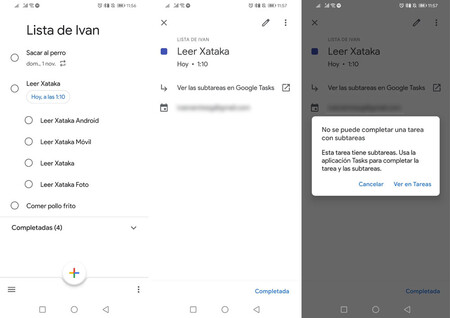 Google has announced this news on its blog and will go activating all Google Calendar users on Android and iOS in the next few days, and it may take at most two weeks to appear as available.

In an attempt to take advantage of the fact that we all carry a compact e-book player tucked into our pockets, Amazon has decided to give its Kindle concept a spin with a new serialized book service. This is Amazon...

If you want to try Spotify Premium, the company offers a free trial month. It is common for there to be three-month promotions at a reduced price or even free, as is the case with TikTok, that gives us months of premium...

Have you downloaded the Covid Certificate on your mobile and want to make sure it works? Not sure if it is still valid? Well there is one very simple way to check it and from the mobile phone, either iPhone or Android:...

If there is a social network that is gaining more and more followers, that is, without a doubt, TikTok, the famous music video sharing platform which has become one of the main competitors not only of Instagram, but...

Only until midnight do you have a smartwatch like the Amazfit T-Rex on Amazon for only 99.99 euros

Best deals of the day and price drops on Amazon, today August 1

the ‘Big Brother’ for our home now has an alarm, metal body and is waterproof

Made by Xiaomi and cost nine times less than Apple