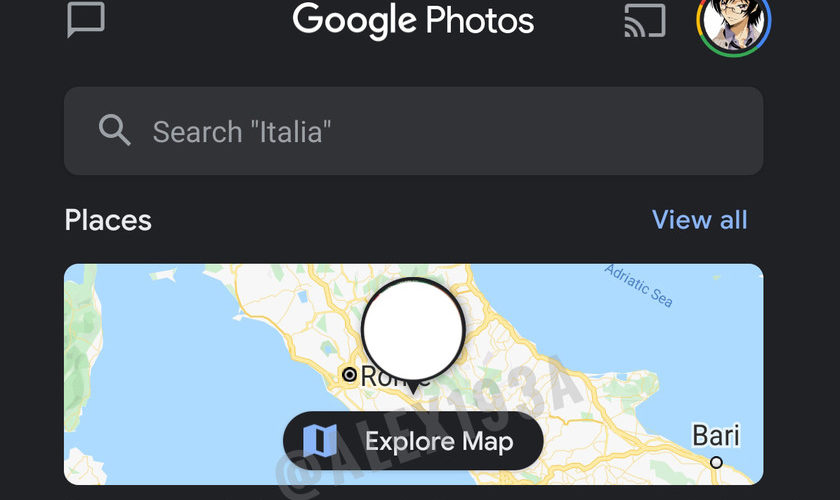 One of Google’s most popular applications, and therefore one that is constantly being updated and improved, is Google Photos, or in other words, its service to store your images in the cloud. Recently, for example, we have seen how it has begun to offer the possibility of sharing albums with other people without the need for links.

It has also started to warn how much time is left for a photo to be purged from the trash and, since a few days ago, it is possible to transfer your memories directly from Facebook. The novelty you are now testing aims to make it easier for us to find photos using a map that allows you to find them by location.

“To revive the places you’ve been” 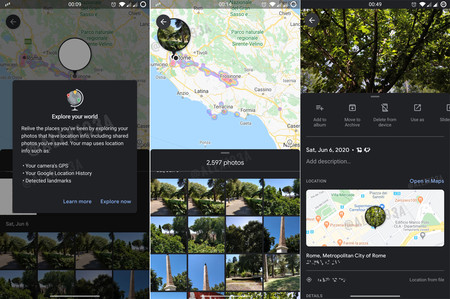 It has been reported that certain users and has collected XDA, it seems that Google Photos is getting ready to add a feature that has been in demand for some time: the ability to view a map with all the photos and videos that have been taken by location. This new feature, called ‘Explore Map’. is included in the latest version of Google Photos (4.52), which has started to be implemented today in Google Play, although only for a small group of users (we have not managed to enable it even by installing the APK).

It works very simply: simply open the Google Photos application and go to the ‘Search’ tab; there, just below the ‘Places’ section, you will find a new widget with a map. To start the function, you can touch the ‘Browse Map’ button or click on one of the suggested locations below the widget to filter the photos by that location. 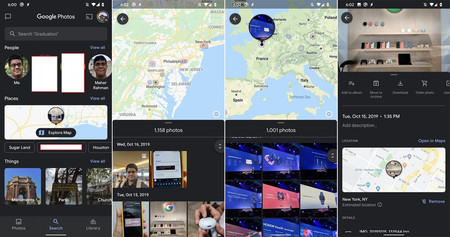 From there, you can scroll through the map to find other locations where you have taken photos, locations that may be highlighted (with a heat map) to show you the areas where you’ve taken pictures frequently. And if you touch one of the images, you’ll see the map view showing where that photo was taken (if the location data was saved with it, of course).

When you use ‘Browse Map’ for the first time, a dialog box will appear introducing you to this new feature, designed to help you “to relive the places you’ve been by browsing your photos that have location information, including shared photos you’ve saved. 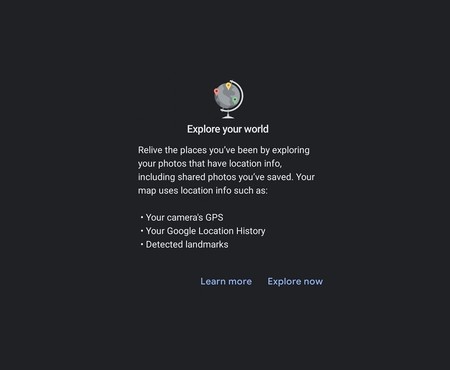 In addition, it alerts us that this feature uses the camera’s GPS location informationYou’ll also see a list of the locations, Google Location History, and landmarks found (shown in the photos themselves).