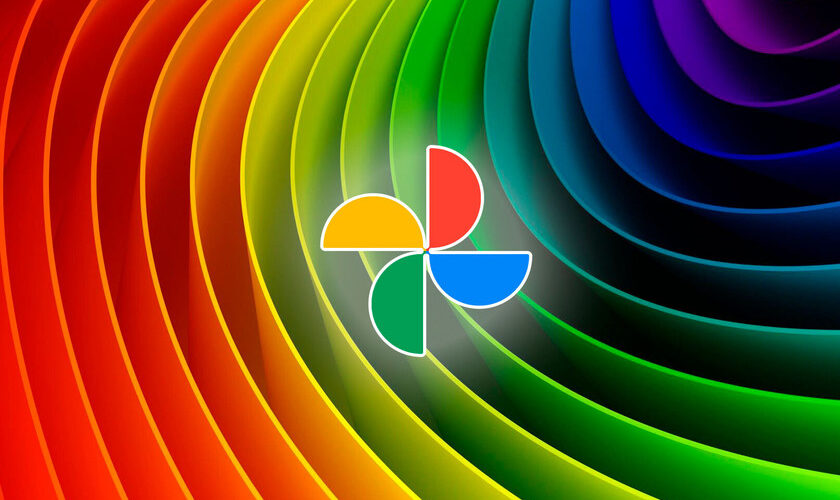 Google Photos has less than a month left to stop being free and unlimited, unless its future new free plan for the Pixels gives us some unexpected surprise (including more models, for example). And that is why it is interesting to know how much of the free space we will have allocated, the 15GB for all users, we are busy at the moment.

But in addition to showing us how much photo space we have occupied with our images and videos, Google also tells us how long it will take (an estimate based on our average uploads) to fill that space. So it is possible to know, always approximately, when will we run out of free 15GB. A good tip if we plan to move to another service once we run out of available space.

‘Storage’ in Google Photos: calculate how much space and time you have left

As we have said, Google makes it easy for us to know how much space we have occupied with Photos at all times. Is about a tool enabled relatively few months ago (at the time of the announcement of the end of the unlimited quota) because until now the company’s cloud storage was unlimited and, therefore, we only need to know the space in Google Drive and little else.

But in addition to this, Google shows us a timer to alert us when we will run out of space, although this time calculation was unknown in its origin. However, Google appeared on Twitter in the form of David Lieb, the ‘Product Lead’ of Google Photos, and clarified the way in which the calculation that tells us how much time we have left of storage is done.

Sorry missed this question yesterday: yes it takes into account your current quota usage AND your historical HQ photo and video upload rates

Lieb explained that Google’s calculation of time is calculated based on the space you have at the time the countdown starts and the average number of uploads you have to Google Photos, counting both photos and videos. Basically, the calculation is very simple because if you still have 10GB of free space and your average uploads is 1GB per day, in ten days you should run out of space unless something changes. A very simple calculation. 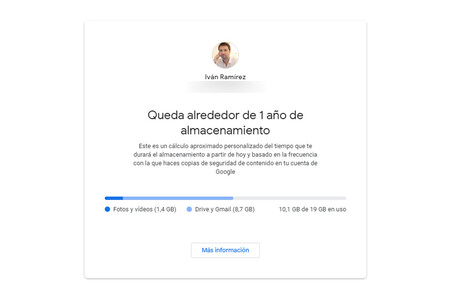 To know how much space you have left and how long it will take to fill it, Google has enabled a function within Google Photos through its website ‘Storage’ within the service. Enough with go to it having logged in with your Google account to know those two data. Now you will know how much you have left to have to make a decision: either move out of service or pay Google for one of their payment plans. It’s up to you.