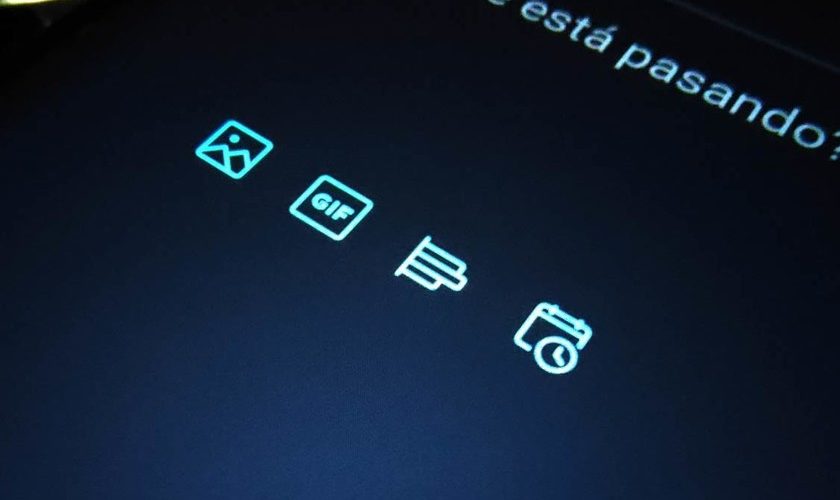 Twitter has expanded its functions with the programming of tweets, an option that until now it was only available in unofficial applications. Activate now on the web, we show you how to program your communications on the social network by installing the progressive web application.

All of us who actively use Twitter demanded a possibility that the social network had not yet integrated. Tweeting is still missing, yes, but at least we can now schedule messages to be posted at the desired time and automatically. The problem is that the programming function has not yet reached the mobile applications, but there is a solution: the progressive web application of Twitter. 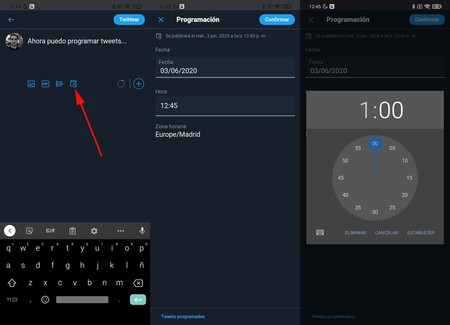 Progressive web applications or PWA (‘Progressive Web App’) are a type of software that are halfway between ‘mainstream’ application, those that are installed from the relevant store, and website. In the operating system behave like an application no matter how much they are anchored to the web browser. And they save a considerable amount of weight as they are lighter than their ‘normal’ application equivalent; with the incentive, as is the case with Twitter, that sometimes you can try options that are not found in mobile apps.

As we said, Twitter has activated the programming of tweets on the web, both in its desktop and mobile versions. To use the new official function, just open the browser and type in the address, something that has no mystery. But wouldn’t it be better if you could program tweets from your official application? Said and done, just follow these steps: 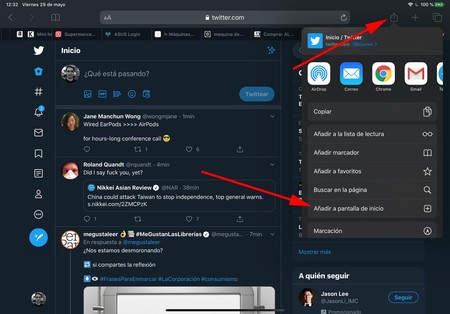 Installation of Twitter as a PWA in iOS (iPad)

You can choose any future date from the calendar with its respective hour and minute. In addition, you have access on that screen to the tweets you have previously programmedThe tweet: this way you will know everything that is pending and you will also be able to edit the programming by entering the respective tweet. 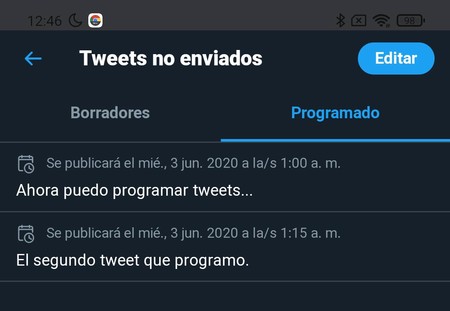 Installing Twitter as a progressive web application takes up less space than a ‘regular’ app, you don’t miss the notificationsIn addition, you can also program the tweets. Of course, Twitter will soon update its mobile applications with the programming, it’s just a matter of time.