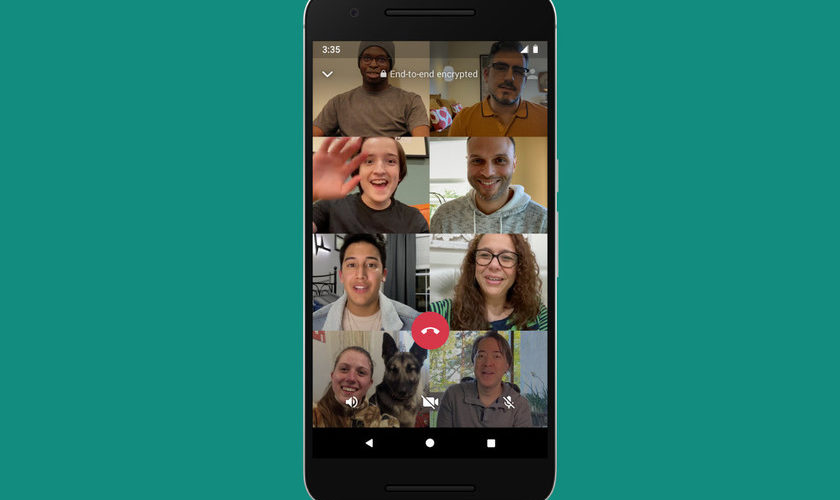 FacebookTwitterPinterestEmailWhatsApp
Home » How to use Messenger Rooms, the group video calls of up to 50 people already available worldwide
Applications

How to use Messenger Rooms, the group video calls of up to 50 people already available worldwide

The world has changed. The coronavirus has not only locked us up in our homes for the duration of the quarantine, it will also force us to change our habits to try not to get infected until the infection can be controlled, and there are already authoritative voices talking about a period of several years. Hence, there are several adaptation mechanisms in place and one of them is the video call enhancement.

In addition to the various changes that are taking place in well-known tools such as Google Meet, WhatsApp, Skype, Zoom and more, Facebook took the opportunity a few days ago to announce its new functionality for group video calls. Messenger Rooms arrived and now, after several days limited to a few territories, the role has already been released globally.

How to use Messenger Rooms

Facebook itself has been responsible for announcing that Messenger Rooms, its extended video call feature sewn into its popular Messenger, is now available worldwide. First of all, we will be able to create video conference rooms with up to 50 participantsAlthough Facebook warns that in the coming weeks will be released more features for a service that we can use from now.

To be able to use Rooms’ video calls we will have to update our mobile’s app to the latest version available. Remember that Rooms will be available on iOS, Android, Windows and Macand that all systems have their own application for Facebook Messenger. If a user does not have the latest version, they will not be able to join or create group calls of up to 50 participants with the tool.

Once we have the application updated, we only need to open it, always registered with our user and with the session open, and go to the People tab. There we’ll have available an option called Create a Room. Once we’re in (authorizing the app to get the necessary permissions) the call will be on.

We can decide whether any user can join with a link or just Facebook users.

Facebook then allows us to choose who can join to it between two options: people who have the direct link to it (whether they have Facebook or not) or only people with an active Facebook account. We decide. And just below this option we find the “Share link” button to be able to invite as many people as we want, up to a limit of 50 telling ourselves, to our videochat room.

It’s as simple as that. In the video call we will have the usual options in this type of apps, such as the possibility of changing the camera we’re using between the front and the back, for example. Done, now we can create group video chat rooms with Messenger Rooms. Remember that if you have not activated the option it could be because you do not have the app completely updated, or perhaps because Facebook is still in the process of releasing the function for your account. Although, as we have said before, Facebook itself says that the access is already worldwide. How can I fix my Wi-Fi speed?

What Internet speed do I need to avoid buffering?

How many terminals does Oakland Airport have?

How does fiber internet connect to your house?