Although sometimes we have the feeling that the games all end up resembling each other, especially because of the gale of arrivals that hits the different digital platforms every week, sometimes we have really innovative proposals. It is the case of Inked, a new game that lands today on the iOS and Android stores.

In Inked we face an adventure designed in an exquisite way in which, as the name suggests, the ink prevails. Characters and landscapes designed as if they were drawn in ballpoint pen to introduce us into an adventure that will require skill and that we squeeze our brains to solve its puzzles. 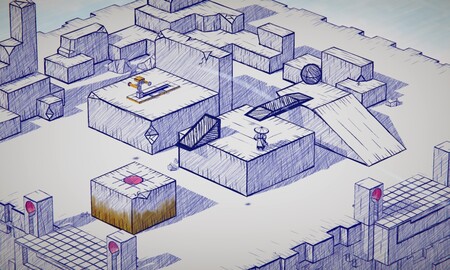 As the company itself indicates, Inked is a tale of love and redemption told on paper. In it we take the role of the Nameless Hero, who will be our avatar on a journey that will take us through different landscapes, all of them drawn by hand and with a very characteristic and original coloring. A kind of modern graphic adventure with puzzles to solve and challenges to face.

Before its official arrival on iOS and Android, the Inked team has garnered several awards during its development, such as the ‘Best Next Game’ or the ‘Grand Prize’ at the Asia Game Connect, thus adding to the awards already obtained in 2018 when the version for personal computers was launched.

Inked comes to iOS and Android in a single payment mode. Get hold of him It will cost us 3.99 euros and we will not find any advertising or any type of additional purchase inside. The game is available from today. This new, remastered version of the old PC title will return to PC soon, as well as to the Nintendo Switch.