iOS 14.5 now allows you to use Spotify and other platforms such as audio services on the iPhone

Apple has already released the first beta of iOS 14.5 and in fact, just two days ago they released a new corrective patch with a size of 84.1 megabytes to fix some “small loose ends”. A version that comes with improvements such as the possibility of using the Apple Watch to unlock the iPhone despite wearing a mask or this one that we are now dealing with.

With iOS 14.5 we are no longer bound by a single streaming audio service when playing music content. When we ask Siri to play something for the first time, the system offers us as alternatives some, but not all, the compatible services that we have installed on the iPhone. 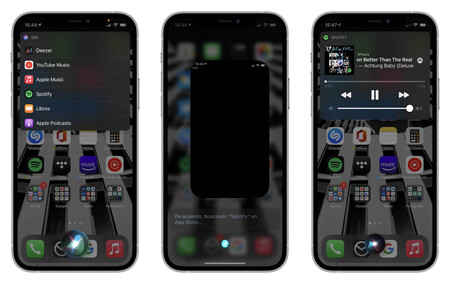 In this way, if you are a Spotify subscriber, you can use that platform as the default music player on the iPhone. A possibility already previously available in HomePod speakers and that now makes the leap to devices that have iOS 14.5.

For the test however, I have found bugs, as they have commented on Reddit, and that is that for it to work you have to have the application open, or at least have opened it recently. Otherwise, when asking Siri to open Spotify or YouTube Music, the assistant has taken me directly to the site of each of them in the App Store, despite having the application installed and being registered. 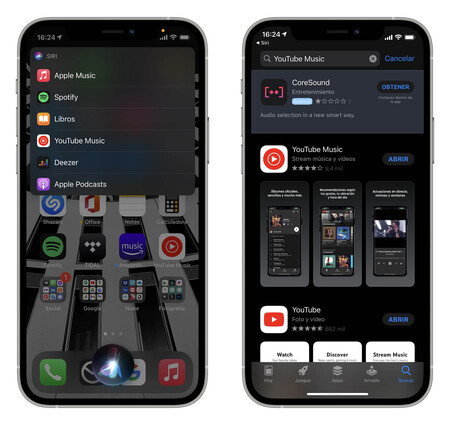 With YouTube Music sometimes we also have the same error

In the tests I have used Spotify and YouTube Music and with both it has generated those errors as I have already mentioned. further not all streaming apps that are installed appear, and so for example and in my case, Tidal or Amazon Music do not appear as an option among the list of applications to use.