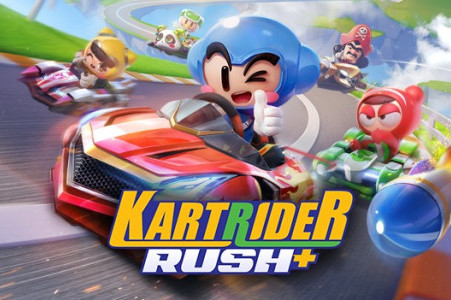 Crazyracing’s KartRider saga is not new to the world of video games, and in fact it is quite popular, and old, in South Korea. Until now, however, it had not set foot, or a tire, in other western territories and finally does so with a new title, the KartRider Rush+ which we will now discuss with you.

The concept of this mobile racing title is quite simple and recognisable, and perhaps the Mario Kart Tour is the most representative example in the industry right now, or simply the most popular. The KartRider Rush+ relies heavily on these concepts, with colourful graphics, full speed game play and a very easy to use systemWe’ll just slide down the screen.

Simplicity in the service of fun

As we have said, in KartRider Rush+ we will only have to slide our finger on the screen to move to both sides of the track and take turns. We also have a specific button to force the skids which is permanently displayed in case we want to be more aggressive during the competition. There are no more controls to enjoy the simplest possible Mario Kart Tour-style races, including the impulses to complete the drifts in the corners correctly.

Within KartRider Rush+ we will also find different game modes. We will have a Story mode with which to go around the world and discovering different facets of the game, but we will also have a qualifying mode, a fast running mode if we want to play in a timeout and also an Arcade mode with different modalities racing cars inside, like Lucci Runner, Infini-Boost and Item Race.

As for the type of game we are in, focusing on price, we are talking about a free-to-play The game of KartRider Rush+ is completely free but inside you will find all kinds of improvements, mostly cosmetic and other performance, to use on our characters and our races and that will force us to go through the checkout. Fortunately, it doesn’t seem that we are in front of a pay-to-winand we can enjoy the game without any major problems. 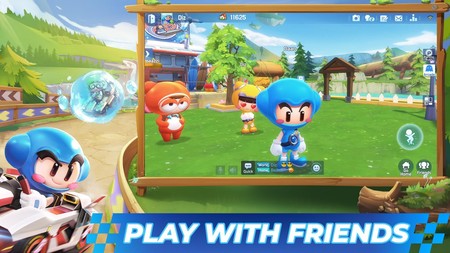 Multiplayer mode is available from minute 1

As we said, KartRider Rush+ is completely free with purchase options inside, and we can find it for both iOS and Android. Initially we will have something more than 50 different tracks to compete on and a total of 20 kartsalthough we will be able to personalize them with the additional objects previously mentioned. We suppose that Nexon, the creators of the franchise and this Rush+, will increase the number of options available over time.