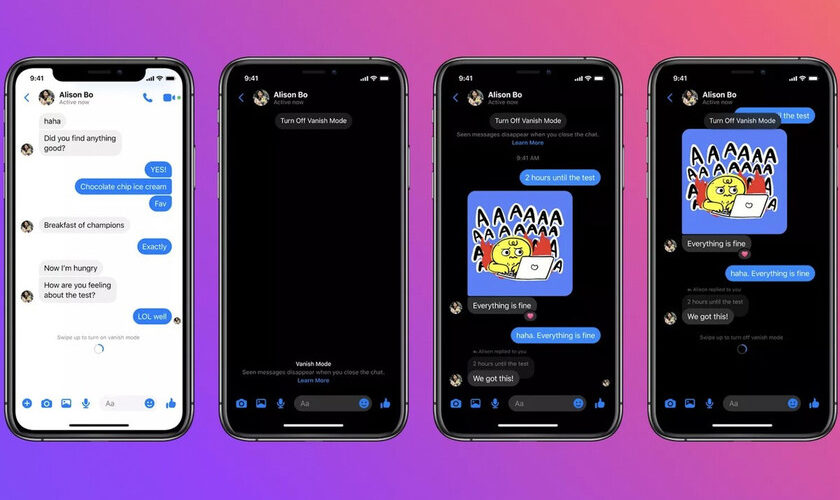 Facebook has been integrating its messaging offering for a good part of the year, especially Messenger and Instagram, which means that the news that reaches one, reaches all. The last of these new features are the temporary conversations, with messages that disappear as soon as they’re read.

The operation is somewhat different from the self-destructive messages that were -and still are- available on Facebook Messenger, but as part of the secret conversations. The mode Vanish, is activated in any chat by sliding upand it’s kind of an incognito mode for conversations.

A private mode for any chat

Messenger -and soon Instagram- will release a private messaging mode, temporary or ephemeral, that can be activated in any chat by a gesture: the Vanish mode o of messages that disappear.

It’s similar to other self-destructing message implementations, except that they work in normal Messenger chats and that, at least for the moment, you can’t set how long they take to disappear: are erased as soon as they are read. 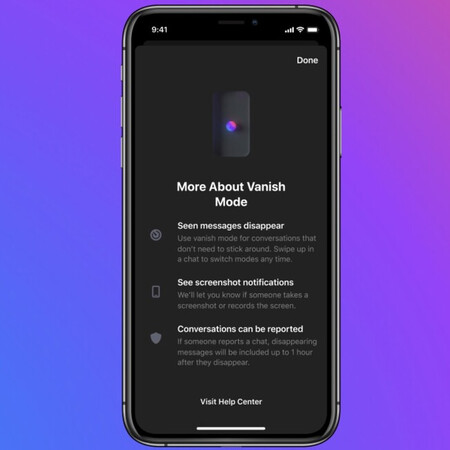 This mode is opt-in and only available in chats with people you know. It is activated by sliding up and, in addition, automatically deletes messages, warns the other person when you take a screenshot with a text in the same chat. To disable this mode, you must slide up again.

How to use #vanishmode. What you need to know. pic.twitter.com/goEn2Zq8xD

Facebook has announced that the disappearing chat mode is starting to be activated for users in the United States and “a handful of other countries” on Facebook Messenger, and that will arrive later at Instagram.