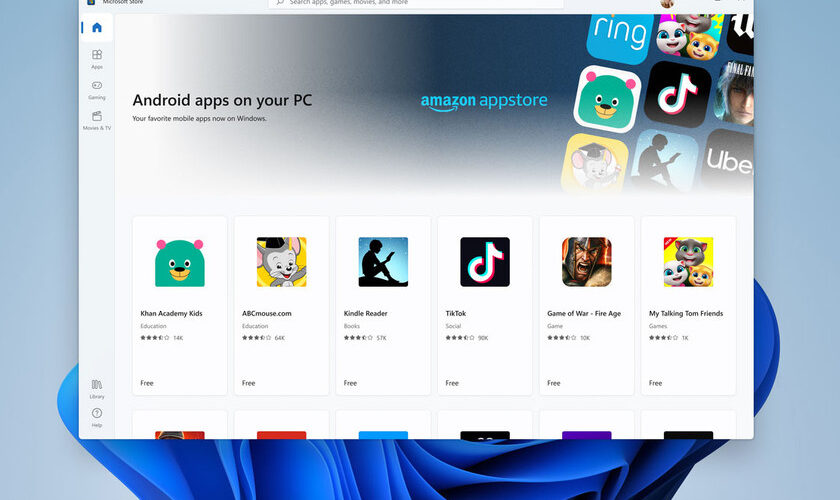 Microsoft confirms that they can be downloaded from the Amazon AppStore

As planned, Microsfot today held an event to officially present the new version of your operating system, Windows 11, which will replace the current Windows 10 on computers and laptops. The surprise, however, has jumped when the Redmond company has announced that this new operating system will be able to run Android applications.

The secret is none other than Intel Bridge technology and the amazon app store, from which we can download Android apps to our computer so that they can be fully integrated into it. From there, we can run them in a “mobile phone” size window or adapt them to the full screen. 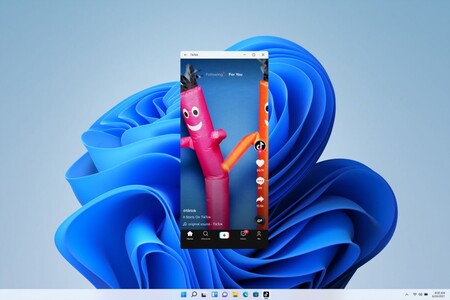 Indeed, Microsoft has confirmed that the applications of the Google mobile operating system will be integrated into Windows 11. To do this, we will have to access the Microsoft Store, where we will find the corresponding links to download the applications from Android in the Amazon Appstore. It is, in short, an integration of both stores.

Once downloaded, the applications will appear in the Windows Start menu, will have dedicated icons on the taskbar, and will have desktop shortcuts. In addition, we can run them in an adapted vertical window, in full screen and even on a split screen while we carry out another task. What is unknown is whether or not the execution will be done by emulation.

“Starting later this year, people will be able to discover Android apps in the Microsoft Store and download them through the Amazon Appstore – imagine recording and posting a TikTok video right from your PC.”

During the event, Microsoft has shown how the TikTok app will run natively on Windows 11, reinforcing once again that bet that the company continues to make for Google’s mobile operating system. Many details of this great novelty are still unknown, but it has become clear that Android apps can be located, downloaded and installed in Windows 11 through the Microsoft Store to run them on the computer.