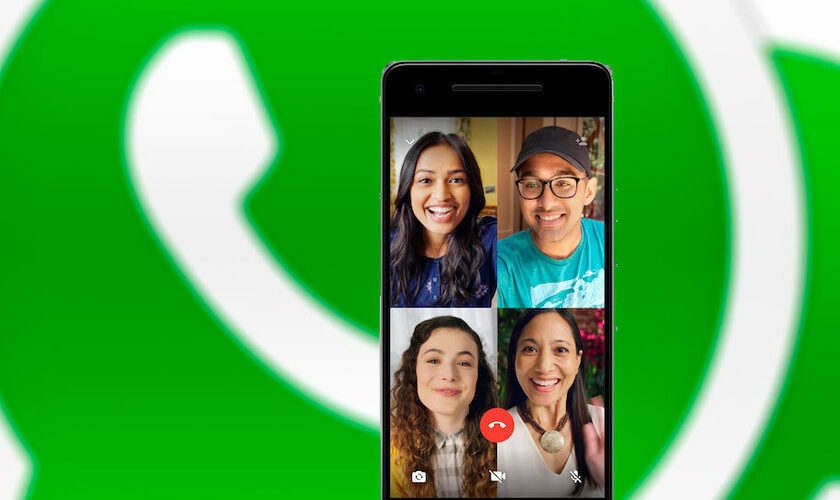 With each new presentation of Facebook user figures, its services grow more and more, approaching the figures of the “mother” social network, practically the mother of all current ones. Verge highlighted, for example, that in February of last year WhatsApp already had more than 2,000 million users worldwide.

Therefore, although voluminous, the figures that Facebook boasts at the end of its 2020 are not as surprising as they would have been a few years ago. Facebook has broken down the movement of its main services on New Year’s Eve, the last of the now defunct year 2020, and in its report show off the muscle of WhatsApp when it comes to voice and video calls on that day.

Great growth of Facebook services to close the year

In a complicated year in terms of health, and therefore also when it comes to meeting with our loved ones, video calls have taken control of remote interactions and services like Zoom have taken the lead in growing more than anyone else, especially during the lockdowns of the first half of the year. But WhatsApp is also there and Facebook has put its figures in black on white. Or rather, in white on dark green.

Facebook account that on New Year’s Eve, the closing of the season, through WhatsApp more than 1.4 billion voice and video calls. Not only was the historical maximum of calls through WhatsApp exceeded on a current day, but the use of the functionality was increased by 50% compared to the same day the previous year, New Years Eve 2019. 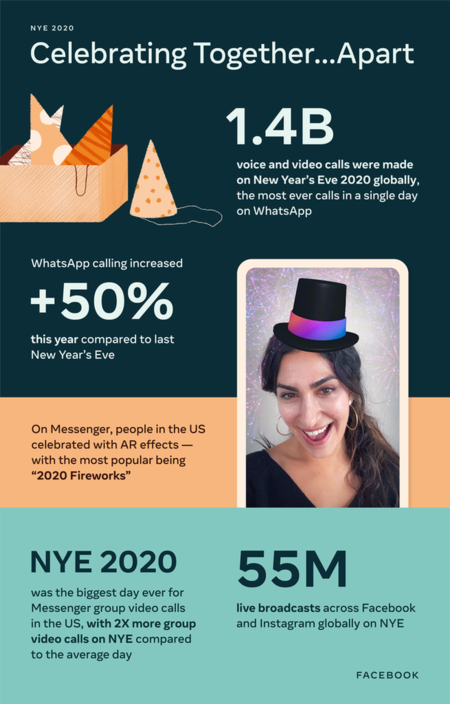 Facebook also boasts that in the United States, the use of group video calls on Messenger doubled compared to a normal day. Instagram also takes its share of fame in the Facebook figures with more than 55 million live broadcasts on New Year’s Eve. As we can see, Facebook is still in top shape. Or so they say, of course.