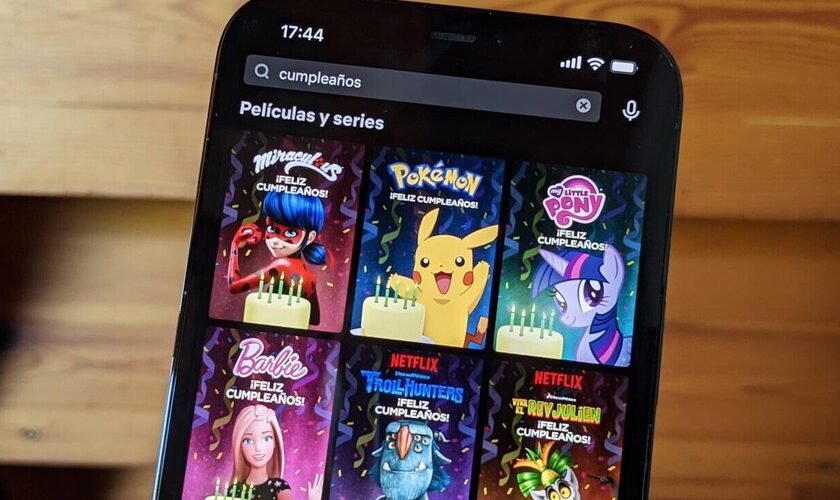 On Netflix today you can find everything, but primarily under two main categories: movies or series. Since they signed Mike Verdu, a former Electronics Arts and Facebook executive, the intentions of make the leap to video games.

Doubts are dispelled in its latest letter to investors, where the company has confirmed its attempts to expand its offering to the games category, starting with mobile games. That is, in the future under the same Netflix subscription we will have movies, series and games.

Until now, the most interactive you could find in the Netflix catalog was content like ‘Black Mirror Bandersnatch’, but the company has its sights set on something beyond “choose your own adventure” movies and series. In the Netflix investor letter, the company has confirmed the intentions of add the category of games to your catalogAs in the past, they expanded efforts to include original movies and series. This is the related snippet (translated):

We are also in the early stages of further expansion into games, building on our previous efforts around interactivity (e.g. Black Mirror Bandersnatch) and our Stranger Things games. We see games as another new category of content for us, similar to our expansion to original movies, animation, and unscripted shows. Games will be included in members’ Netflix subscription at no additional cost, similar to movies and series. Initially, we will focus primarily on games for mobile devices. We’re as excited as ever about our film and TV series offering and look forward to a long road of increased investment and growth across all of our existing content categories, but given that we’ve been pushing for original programming for almost a decade now, We believe this is the right time to learn more about how our members value games.

An important fact is that this expansion to games will begin on mobile. Without more details about what Netflix has planned, this could mean that from the Netflix application for Android or iOS, just as you play a movie or series, you could launch a game available in the catalog. It is also unclear what kinds of games will be available.

Another detail of interest is that the games will be included in the Netflix subscription at no additional cost. At the moment it is not known when the Netflix games will be available (in the letter they say they are in the early stages of development), but this expansion to the games makes sense strategically, considering that two years ago the CEO stated that they were competing more with Fortnite than with HBO.