A few days ago WhatsApp activated the photos that can only be seen once in the beta version for Android, although apparently the function will not end there. WaBetaInfo has revealed that WhatsApp is preparing a twist: the photos that can be viewed once but have an expiration date. If they are not opened in a specific time, they cannot be opened.

It is not the only WhatsApp novelty that is yet to arrive revealed by WaBetaInfo. In addition, the application will increase the size of the link preview that are sent in a chat, as well as allowing users to join the device mode beta, when available. 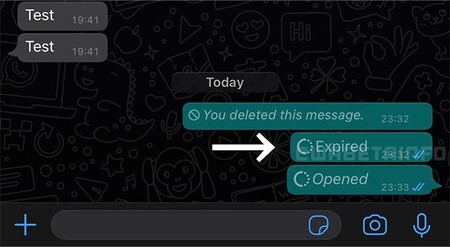 In the beta of WhatsApp for Android you can now send photos that can only be opened once. When the receiver opens them, they will not be able to open it again. Other than that, there is no limitation, so the photo can stay there pending opening for unlimited time.

This is what will change, as WhatsApp is preparing the disappearing photos that must be opened in a certain time which is still unknown, such as a few hours. If that time passes and the recipient does not open the photo, they will no longer be able to view it. 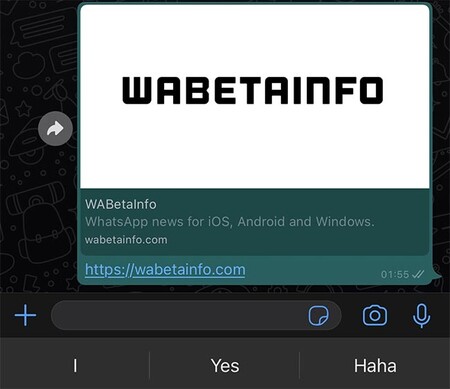 When you paste a web address into a WhatsApp chat, it is attached a small card with information where the name, description and an associated image are included. Whoever sends the message can choose to include it or not, since it can be removed with the X.

Apparently future versions of WhatsApp will include a preview of links much bigger than the current one, with a much larger space for the image at the top, rather than being small in left-aligned. 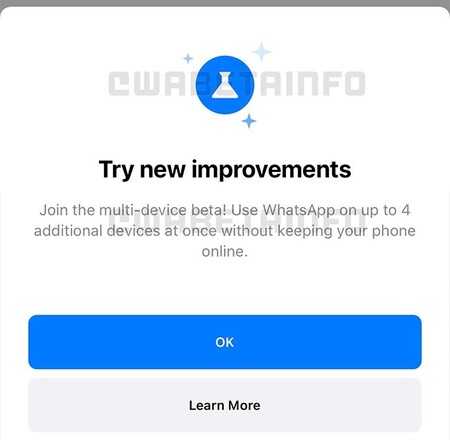 Finally, good news for those who are interested in the multi-device mode of WhatsApp: the application itself will suggest you sign up for the beta to test WhatsApp on up to four devices.

WaBetaInfo guess that there may be limited places for this test and that it will be necessary to have the latest version of WhatsApp for Android or iOS, although at the moment there is nothing confirmed. Judging from the screenshot, it will be possible to join the beta from WhatsApp settings.