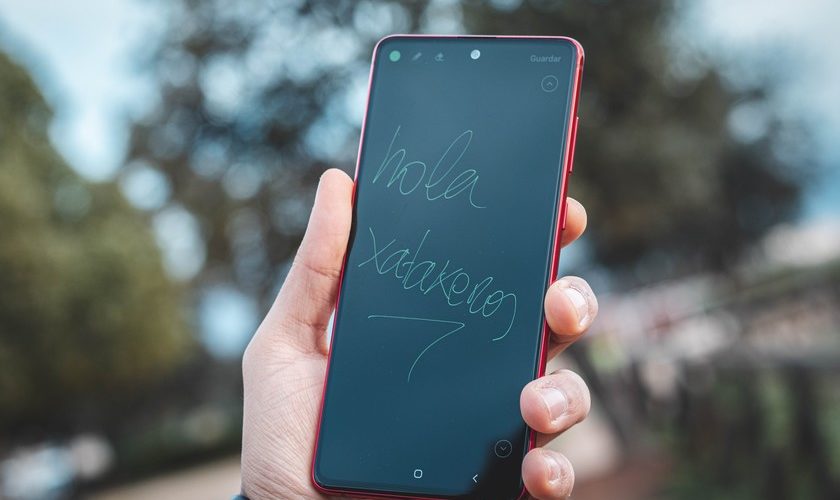 review with features and price

A few weeks before the launch of the new Galaxy S20 family, Samsung put the Samsung Galaxy S10 Lite and Note 10 Lite on the table, two proposals of medium-high range which, despite having the surname ‘Lite’, have similarities to Samsung’s frontline families.

Today we’re looking at the Samsung Galaxy Note 10 Lite, a terminal that, for the first time, allows us to access the Samsung S-Pen at a relatively low priceThe first is the “Path”, renouncing some goodness along the way and surprising in some capital points. 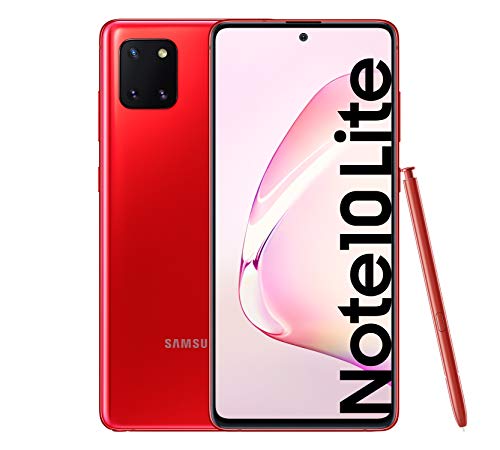 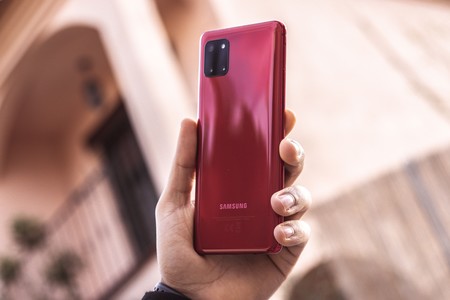 Samsung has a clear line of design for 2020: front hole and rear camera module. This Samsung Galaxy Note 10 Lite is thus quite similar to the S20 families and to mid-range proposals such as the A51 or A71. Not being a member of the high end Samsung we found a plastic finish, slippery and easy to fill with prints. The feeling in hand is good although, considering the price of the device, a glass finish would have been welcome. It’s a very large cell phoneThe rounded edges help to hold it in one hand without being too uncomfortable.

The Samsung Galaxy Note Lite is the “Note less Note” by design. No sharp corners: the design is very similar to the Galaxy S and the Galaxy A family

The front use is excellent, with reduced frames and a quite discreet hole in the screen that allows, according to GSMarena, the panel to assume 86.6% of the front surface of the phoneNot bad. It’s funny that this Note is more reminiscent of his present siblings than of Note himselfThe design is very angular, leaving aside the angular design so characteristic of his family. 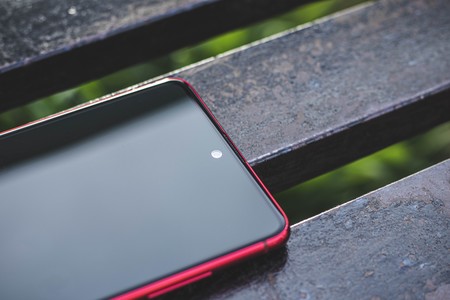 The hole in the screen is quite discreet, allowing to take full advantage of the front

Regarding the screen, we find a 6.7-inch panel with SuperAMOLED technology and FullHD+ resolution, a small downgrade compared to the Note 10’s QuadHD+, the panel is quite sharp and is well calibrated for color. It’s far from the density and brightness of high-end models, but overall it’s a more than acceptable panel. 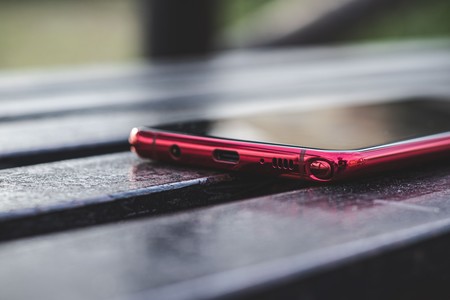 One S-Pen, 4,000mAh battery and headphone jack. By power, you can put everything in.

At the audio level we find one of the most remarkable cuts. A single speaker (the high-end stereo is lost) fairly easy to cover both in games and in normal use. Distortion levels are too highThe volume is low (it has not exceeded 75db in our tests) and, in short, it is below even considerably cheaper proposals. At least we found a headphone jackpoint to be thanked.

A processor that rings a bell and good autonomy 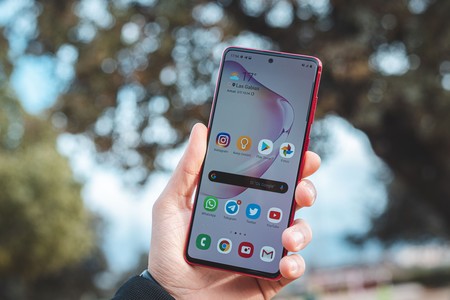 Unlike the S10 Lite, the Note 10 Lite does not have an actual processor. Instead, it relies on the Exynos 9810, the processor of the Samsung Galaxy S9. Along with this processor comes 6 + 128 GB memory. Although the chipset left us in doubt as we had some time on the market, the performance has surprised us for good.

Despite the fact that the processor is old, Samsung has succeeded in the formula of betting on what is already known. The Samsung Galaxy Note 10 Lite moves smoothly and is difficult to make the lag appear

The Note 10 Lite moves without any gaps, is capable of moving heavy games, and even has a fluidity point that we didn’t expect. It doesn’t reach the heights of its big brothers, but it moves well. Warming up is not long in coming when we play heavy-duty delivery, although it’s moderate and doesn’t really matter. 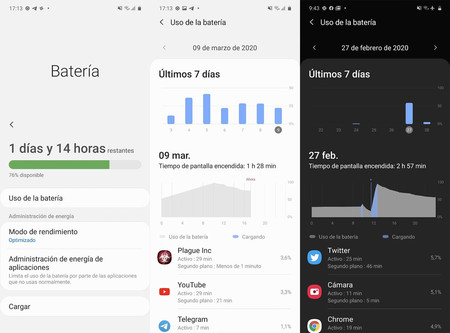 Medium profile users can reach two days of use. From 0 to 50% with normal use we reach 3h of screen.

As far as autonomy is concerned, good figures, but not outstanding. An average of 6 hours of screen time on a day of useThis is a good example of a charger that allows us to forget about it at all times, but it is a bit far from the 8 or 9 hours of display offered by other proposals with similar amperage. 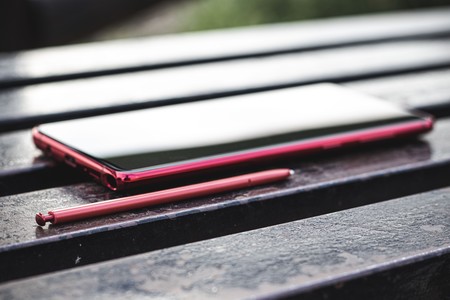 On a software level, the great goodness of the Note family is being able to use the dedicated functions for the S-Pen.

On the software level we found an old acquaintance. OneUI 2.0 based on Android 10, a highly loaded, somewhat complex customization layer with features that may be of interest to users such as file browsers, health apps and so on. A plus with Android 10 is that Samsung has adopted Google’s native gesture systemwhich is far superior in practical terms to Samsung’s native slide system.

The key point of the Note family is the S-Pen. The software is adapted for its use, allowing us to take notes, draw on the screen, perform augmented reality tracing and so on

The key point here, however, relates to the hardware. The Samsung Galaxy Note 10 Lite has an S-Penso your software is adapted to use it. When removing the S-Pen from the body, we have the following options.

Good clarity in an upgradeable camera 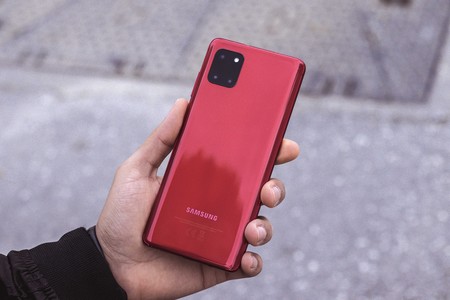 The large camera module on this phone hides three sensors. The first is a 12 megapixel angle lens with f/1.7 and optical stabilizer. The second is an ultra wide angle 12 megapixel lens and finally, we find a telephoto of another 12 megapixel. I neither affirm nor deny my joy at seeing a classic 12 megapixel camera without Pixel Binning or astronomical figures. Why? Let’s take a look at the camera app first and I’ll tell you right now. 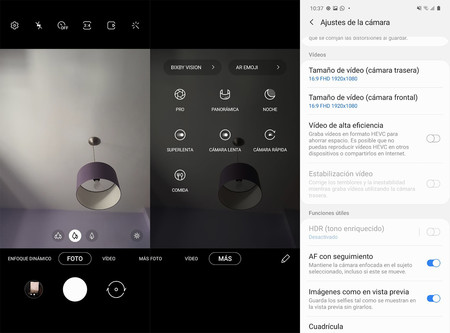 Here we find the typical OneUI structure: a complete application with settings that shouldn’t be so hidden. For example, night mode or HDR are located within different menus, with no option to quickly turn them on and off from the main screen. Similarly, a scene optimizer is active by default, which we recommend to turn off. 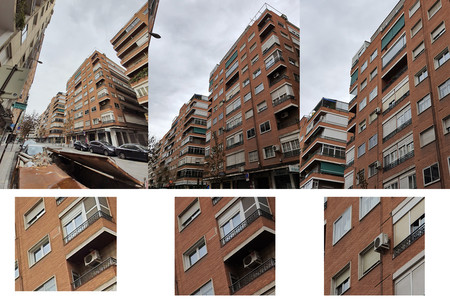 The Galaxy Note 10 Lite maintains detail in all three sensors, although it is not consistent in color and exposure between them.

Sharpness. This is the best word to define the Samsung Galaxy Note 10 Lite cameras. While adding some oversharp by means of software, the terminal manages to bring out detail under any light conditions. Betting on Pixel Binning, as we are seeing in a good number of models, can create certain inconsistencies at the level of luminosity. In this case we do not find this technology and the HDR is in charge of managing a good part of the final result.

All three sensors are pretty sharp. However, more consistency between the three sensors in terms of brightness and contrast would have been appreciated

We were surprised the sharpness of the wide angle and the telephotoThis is something that has made us enjoy photography completely in this terminal, regardless of the sensor we are using. Even when we digitally zoom in to 10X, the detail is more than right.

When night falls the results get worse, but we still have a good level of detail even with the wide-angle sensor. Unlike what we saw in the S10 Lite, there’s no aggressive noise reduction here and the sensor manages to capture sharpness, helped by a little artificial ‘nudge’ that adds detail rather than washing out the image.

The night mode makes our pictures brighter, but the results are somewhat artificial and do not add much to the normal mode.

About the night mode, we haven’t used it much since it doesn’t help much, beyond bringing some artificial exposure to photography. There is no improvement in dynamic range or sharpness. 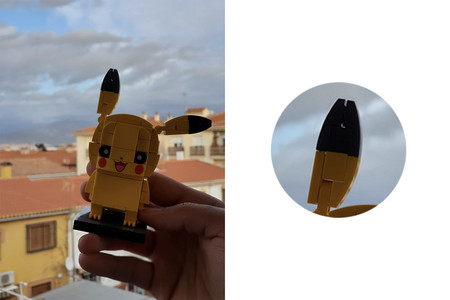 Samsung continues to refine the formula for its portrait mode. The cut is pretty goodwith both objects and people. However, the blurring remains artificial. To alleviate this, the mark allows us to adjust both the bokeh and the type of bokeh applied after the picture is taken, so we can get better results with a slight editing. 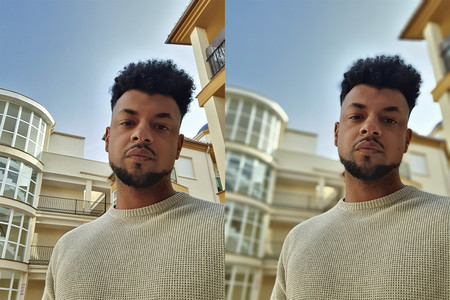 In the selfie section, correct results. The level of detail is acceptable, the work of the HDR is fulfilling its function and if we bet on the portrait it also manages to cut out well. A few problems with the hair, a flaw that few cameras manage to get rid of.

Samsung Galaxy Note 10 Lite: what Xataka Mobile has to say

Samsung’s purpose with this Note 10 Lite seems clear: to make getting in to use the S-Pen more accessible. Although the terminal has a high starting price (especially in the context of the range it is in and the hardware it offers), it is quite far from the more than one thousand euro starting price of the Galaxy Note 10.

The overall terminal balance is goodWe liked its design (despite missing the glass), screen, performance and autonomy, leaving in the inkwell the sound section (somewhat poor) and some improvement at the camera level.

The terminal has been given up for testing by Samsung. You can check out our corporate relations policy.

How many schools are in Gilbert AZ?

How do I connect my fiber optic cable to a regular router?