Apple bought Shazam in December 2017. Three long years have passed since then, including a full season of the coronavirus series, and now Americans have decided to make a number of changes. Among them, give the interface a facelift of your song recognition app.

But without a doubt, the most interesting of the new changes introduced has to do with a change in format or, rather, an extension of the formats. Now Shazam is not just an app for mobile phones, now also has a web page. Of course, in beta version for the moment. 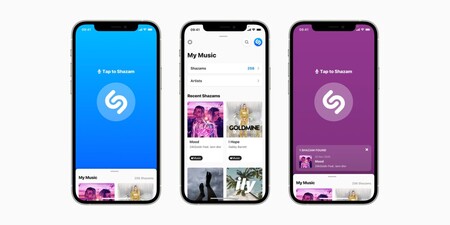 As we say, Apple has decided to spend some time applying certain changes to Shazam, and one of them has to do with the appearance of the application. Shazam is now more aligned with The master guides that govern the Apple Music service, maybe planning some kind of merger in the future. For example, that Apple Music finds songs directly using the Shazam engine.

Shazam’s interface is modernized with the latest changes applied, with a large central button that invites us to use song recognition and access to a list of previously recognized music by swiping up. Now we have Shazam usage history just a flick away. Tracks are now more easily synced to both Apple Music and Spotify.

But in addition to this, Shazam has a new website. Now we can access shazam.com to use the same music recognition engine via browser. We will have to use the microphone of the device in question, of course, granting it the proper permissions but the new website is launched in beta for Safari, Chrome, Firefox and Chrome OS.