Skype is one of the mythical applications to be in contact with other people, either on a personal or professional level. The pandemic has caused the arrival of competitors but that does not prevent further improvements to the application that now start to see how the bubbles.

A novelty that the “Google Messages” application already launched in its day and that what it does is that when a new message is received, a bubble appears on the screen. allows us to chat from any application. A novelty that Skype will now also benefit from.

Chat from any app 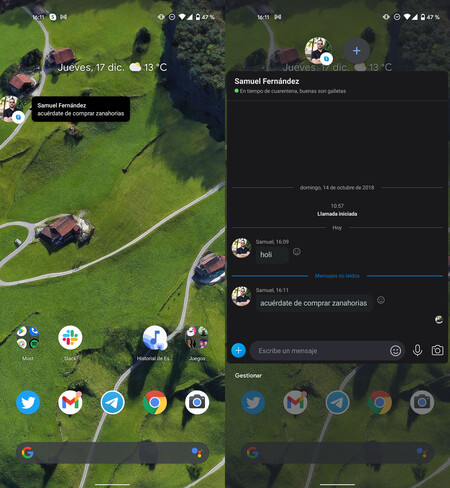 With Android 11, Google added support for the bubble notifications API and it was up to each developer to implement them in every application that is released. Until now it was an option that only Google Messages and Facebook Messenger enjoyed, while Telegram is already working to make it possible. And along the way it is Skype that has implemented this function.

An option that comes with the latest version of Skype, the one with the number 8.67.0.95. First discovered by Twitter user @tonypalus, now XDADevelopers colleagues also echo this improvement.

However Skype doesn’t enable bubbles by default. To activate them you must access from the app options, and within the “Notifications” section they can be activated. 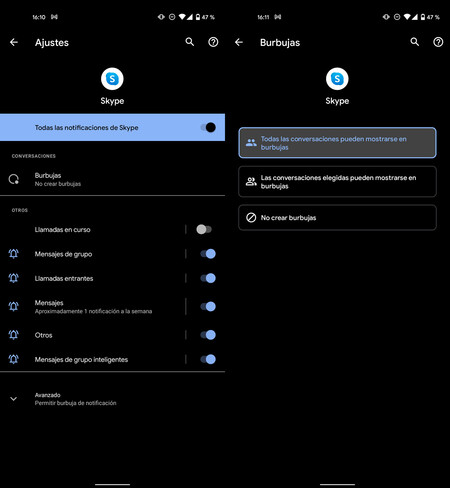 Microsoft Skype is one of the applications that will benefit from bubble support along the wayBut it is not the only one, since apparently Slack is also testing the bubble notifications function in Android 11, something that Alessandro Paluzz has discovered.