The Spotify mobile application continues to gradually gain features that until then were only available in the desktop version. One of them is already available on Spotify for Android and iOS: customize cover image from your playlists.

The second function is yet to come and, although it is not the first time we have heard about the matter, it seems that Spotify on mobile will finally leave you play music stored locally on mobile as one more player, and not just those songs available on your streaming service.

Change the cover from your mobile 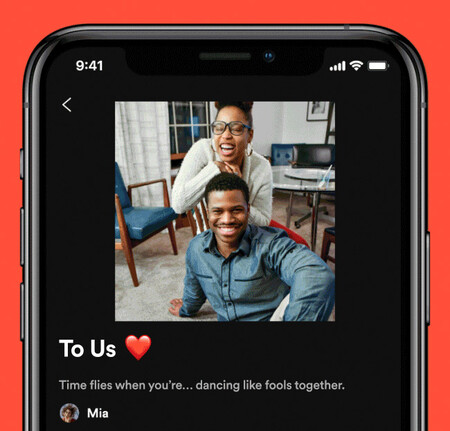 The first of the novelties is already being activated to the users of the mobile application and it is something as simple as being able change the displayed photo associated with a playlist own.

Although it is possible to change the photo from Spofiy for PC or using specialized applications such as Spotiplus, from the mobile application there was no way to do it until now. To change the cover of a playlist, you must follow these steps:

Spotify as a music player for everything

The second novelty also comes directly from the version of Spotify for desktop, having exactly the same name: Show local files. That is, you can use Spotify on your mobile as a universal music player for all the songs you have on your mobile, and not just for the catalog of your streaming service.

We found out about it from the hand of the filter Jane manchun, who already revealed two years ago that Spotify was working on allowing you to import music that you have on your mobile to its application. The evolution of this function, which was never activated globally, seems simpler: show local files.

No need to sync it from your desktop anymore: D pic.twitter.com/fVKiFAyxbs

That is, Spotify will thus become an ordinary music player for the songs you have on your mobile, with a double function similar to YouTube Music, which added it in 2019. Now we only need to know when or if this function will finally end up being activated. According to Jane Manchun, the application is working on it in its Android version, although the logical thing would be for it to reach both systems.