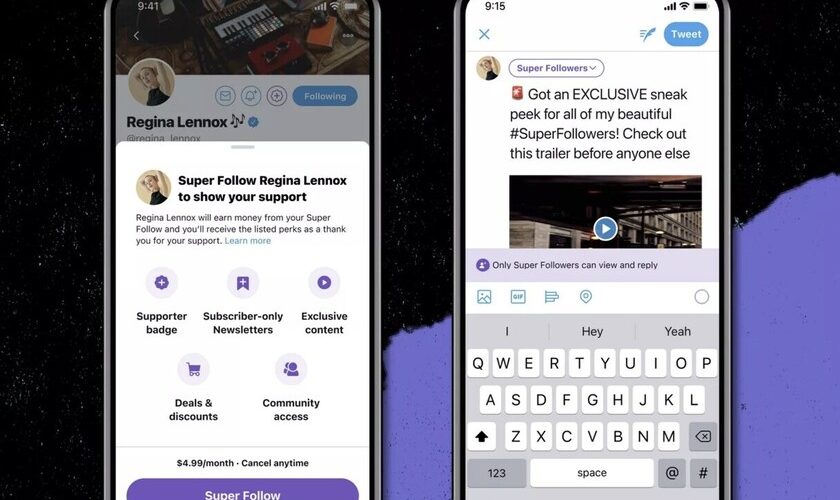 Said contents may be tweets exclusive for paid followers, access to private groups, newsletters or even badges that will show that one user is financially supporting another. Although there is no date on these ‘Super Follows’, the announcement is official and details have been given about it.

Twitter has announced how it will implement a subscription model through which users can monetize the contents of their account on the social network. The new function is called ‘Super Follow’ in English, a model through which only subscribers will be able to access certain content.

Without going further, OnLeaks, one of the largest leakers in the mobile world, dropped on the social network if someone would be willing to pay $ 4.99 to access its content (with a resounding ‘no’ for an answer, by the way). Exclusive content for a monthly subscription, a movement for content creators to be able to monetize from Twitter, something similar to platforms like Patreon.

There is no date for this subscription model, but it is already official and has been presented to investors

The company has not given a date for this payment model, although the feature has been announced at its event by analysts and investors, focusing on the profitability of said model rather than on the options that they will find with it. 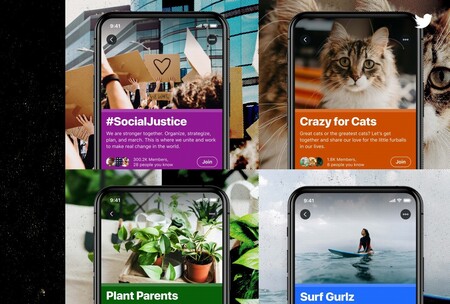 Along with ‘Super Follow’ they have also talked about another new function called ‘Communities’, interest groups, like the ones on Facebook. In this case, users can create or join groups on topics that interest them, for free. Finally, they have highlighted ‘Safety Mode’, a ‘safe mode’ in which users allow Twitter to automatically block and silence those accounts that may be breaking the rules of the social network (insults, trolls, misinformation, etc.).