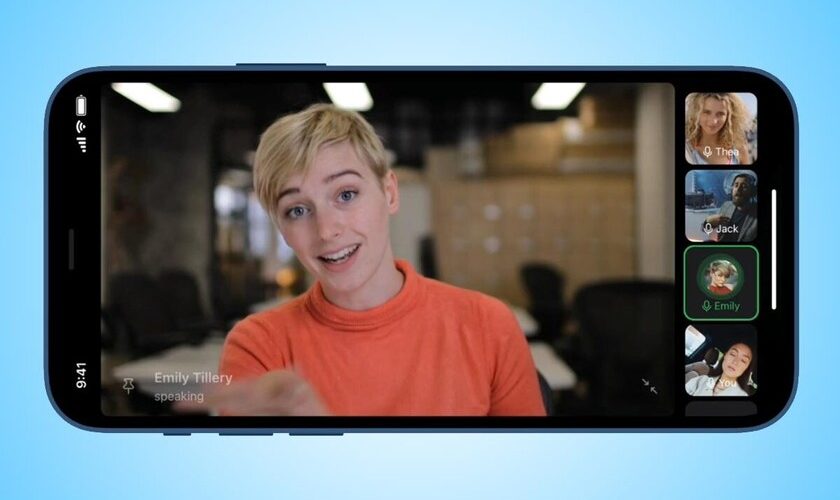 FacebookTwitterPinterestEmailWhatsApp
Home » Telegram group video calls, just around the corner and with many extras
Applications

Telegram group video calls, just around the corner and with many extras

To warm up, Telegram shows us what it is preparing and what seems more focused on empower your clubhouse clone with video than to call family and friends, although we will have to wait until it is available to see the different nuances.

The group video calls They are about to reach Telegram, according to its founder in a publication where some of its characteristics are advanced. At first, they seem more like an extension of the latest voice chats than an evolution of the one-to-one video calls that were launched last year.

Durov compares these video calls to a modern video conferencing tool, which places them more as an alternative to Zoom than an alternative to group video calls from messaging applications such as WhatsApp. In this short video we can see how they are integrated into the voice chat interface.

In the video we can see some details about these video calls: 50 participants, preview of your video before starting to share it and the possibility of watch the video of several people at the same time when placing the mobile horizontally.

Durov anticipates other functions that will make Telegram a powerful tool for meetings: it will allow share screen, will be compatible with tablets and PC versions, will include noise cancellation and will be encrypted.

At the moment, we know that they will arrive “in May”, but not when exactly. The normal thing would be that be incorporated into beta version first to get to everyone later but, to this day, there is no beta more advanced than version 7.7.2, available on Google Play.