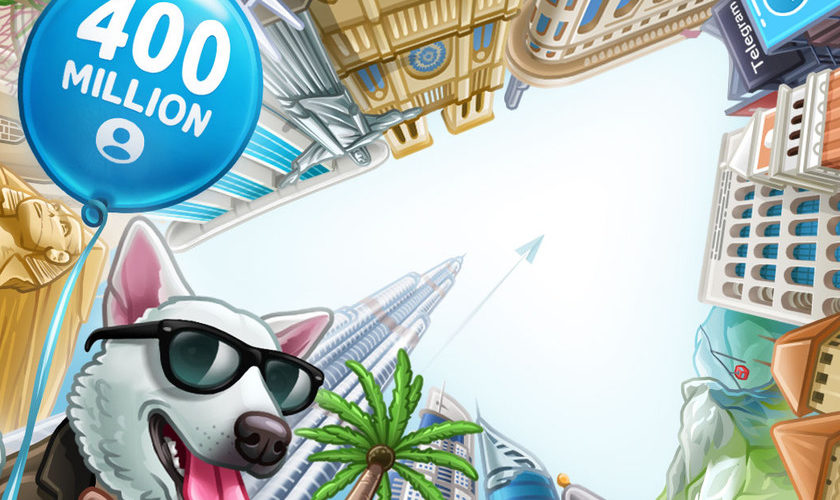 One of the most popular messaging services today, with the permission of WhatsApp, is Telegram. In March 2018, it celebrated 200 million active users, and one year later, it increased that number to 300 million. While it’s still a long way from WhatsApp, which surpassed 2 billion users two months ago, it’s clear that the use of Telegram is expanding day by dayand proof of this is that it has just exceeded 400 million monthly users.

To celebrate this, they have released a new update, 6.1, which completes the improvements introduced in version 6.0 of the application. In addition, Pavel Durov, Telegram’s CEO, has confirmed that are working to include group video calling later this year and has shared some curious facts about the evolution of the service. 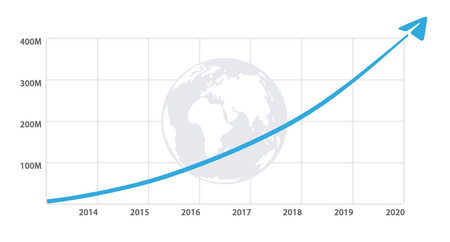 Increase in the number of Telegram users in its 7 years

Telegram has now reached the not inconsiderable figure of 400 million monthly users, a large increase from 300 million a year ago. According to its CEO, at least 1.5 million new users are now registering with Telegram every day, and this has led to it becoming the most popular service in the world.to most downloaded apps in the social networking category in more than 20 countries.

The company ensures that several features such as folders, cloud storage and desktop support make Telegram suitable for remote work and study during quarantine. However, Pavel Durov himself acknowledges that the current situation has revealed the need for a reliable video communication tool.

Pavel Durov, Telegram’s CEO, acknowledges that the current situation has revealed the need for a secure video calling tool that Telegram will offer in 2020

In fact, he compares the 2020 video call boom to the 2013 messaging boom and says that today there are applications that are either secure or manageable, but not both. So, he adds, “we’d like to fix that and focus on offer secure group video calling by 2020“. However, it does not specify when they will arrive or provide any further details (number of participants, for example).

Important news in the update

Also added is the option to set a timer for questions with a new countdown animation which will show the time remaining to answer. On the other hand, Telegram intends to create a database of educational tests, of all subjects and levels, and to this end, has announced that it will distribute 400,000 euros among the creators of educational questionnaires.

Another important new feature of this update is the new sticker directory, which allows browse and search through more than 20,000 free stickers that has added Telegram in the last 5 years. In this way, it is possible to find a particular group of stickers by searching or scrolling through the list and move from current trends to the first stickers in the application.

As for the Android app, Telegram now allows access to all sections of the attachment menu as expandable layers, which makes it easier to use and more attractive thanks to its animated icons. However, they warn that an error that currently exists in Google Maps can cause the application to crash when opening the ‘Location’ tab in Android, but they say that Google is already working to solve this problem as soon as possible.