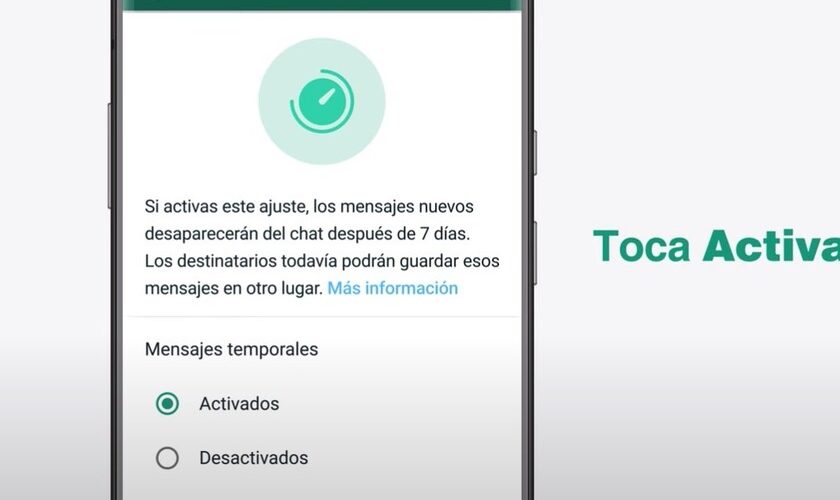 The development of WhatsApp does not stop, like that of the main apps on the market, and although we recently learned that 24 new emojis were added to its repertoire. (as well as other changes), now the app owned by Facebook prepares more news. How could it be otherwise, the news is anticipated from its beta version, specifically from Android.

The novelties are anticipated by version 2.21.17.15 released before yesterday and 2.21.17.16 released yesterday, and focus on the preview of the web links, which is improved, and on adding a new deadline for temporary messages. Once it takes effect, WhatsApp will allow us to configure temporary messages so that they are automatically deleted after 90 days.

Larger preview and more options for temporary ones

The preview of links in WhatsApp chats has changed little or very little since its launch, six seasons ago. But the new betas of the application anticipate changes here and that is said preview increases in size. Now the upper image, the one that crowns the link, is much larger, so it will be easier to know where we will go if we click on them, in addition to highlighting more prominently in the message flow.

In addition to this change, WhatsApp anticipates a new automatic deletion period for your temporary messages. Currently we have three options when configuring temporary messages: offline and 7 days. According to the latest beta of the app, WhatsApp will allow us to delete messages after 90 days. Three full months from the moment they are read.

The messages that are deleted after 24 hours had also been recently leaked but they still do not appear in the stable version of the application, so it is possible that the two new elimination periods come hand in hand. We will be attentive to the next WhatsApp updates to know exactly when all this new battery of news is launched.