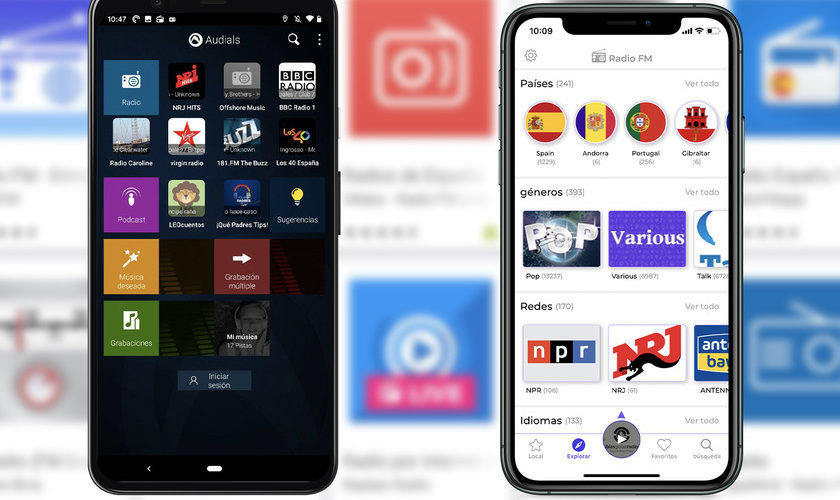 The best applications for listening to the radio from your mobile

FM radio on mobile phones has, over time, become an almost extinct feature. There are some models with it, but most do without this function. However, even if you do not have an FM radio natively, it is possible to listen to the radio through the internetThe first one is a new application, where the different applications of different developers come into play.

So we’re going to show you a long list with the best applications for listening to the radio from your mobileWhether we’re using an Android phone or an iPhone. 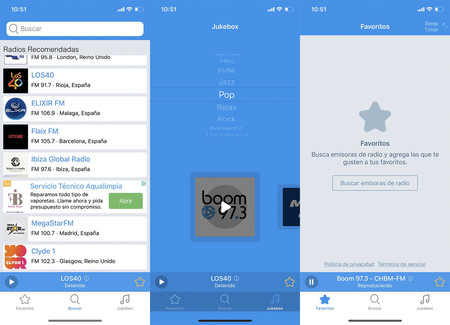 Simple radio does quite well with what its own name promises. It is a simple radio application that, as soon as you open it, offers you a wide list of radios in our territory. Just click on them to play and, as an extra, we can add the ones we want to favorites to locate them faster.

In the case of the iOS application, we have a rather interesting mode called ‘Jukebox’. This allows us to search radio by music styleso we can look for pop, jazz, rock and other radios. The application has advertising, but does not jump constantly, just by clicking on the station playback. 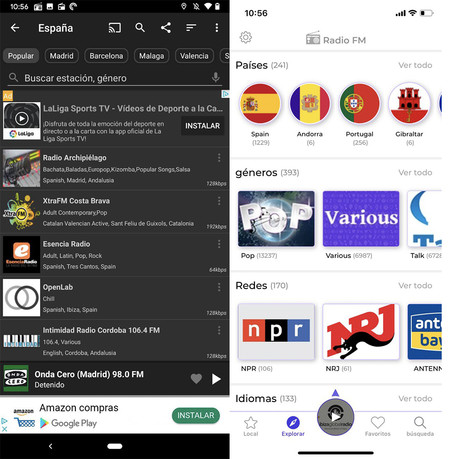 Although they share features, the interface is quite different in Android from iOS.

FM radio is somewhat richer at the interface level, presenting clear differences between Android and iOS. In the case of the Android version the interface is somewhat old, but functional. We have a list of countries whose radios we can listen toThe possibility of distinguishing between gender, language, adding to favourites, receiving recommendations, etc. It is worth noting that we have the possibility of select themes and use an equalizer to adjust the sound.

When it comes to iOS, the application is a bit more careful at the interface level. The list of countries appears at the top of the app and the different options are better broken down. On the contrary, we can’t equalize the audio. Both in iOS and Android, finally, we highlight that the app has a mode for adjusting the app’s suspension that is, if we go to sleep with the radio on, it will turn itself off when we program. 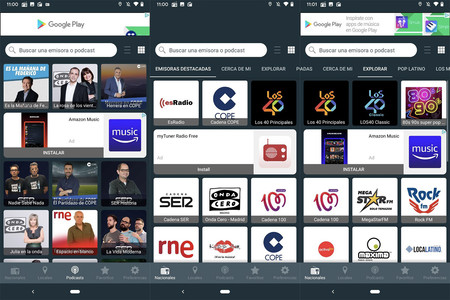 As its name indicates, Radio España FM is an application focused mainly on our country. We can search for outstanding stations even locally to focus on our autonomous community or city, add to favorites, listen to podcasts from the application, etc. It is simple at the interface level, being in this case clearly better designed in Android, with more handy shortcuts. Radio stations in Spain: listen to the radio for free 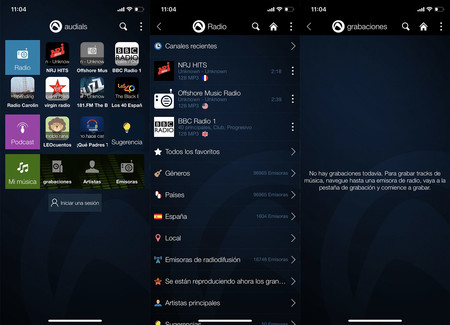 Audials is very well cared for at the interface level and allows us to listen to the radio as well as listen to podcasts or, a curious feature, record in parallel the contents we want. This recording can be done in both iOS and Android and the list of possibilities is enormous. We can choose local radios, by country, genre, artists, favorites, etc. 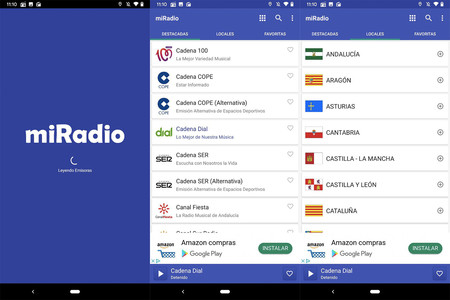 miRadio is only available on Android and is a simple and light application for listening to the radio. We have a list of outstanding radios in our country, as well as the possibility to search for local radios and add them to favorites. It has some advertising when you open the app, but then it doesn’t appear again. 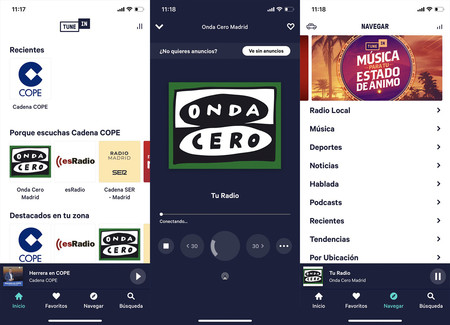 TuneIn is a radio application that shines because of its interface and simplicity. We can listen to radios highlighted by our area, divided into categories, add them to favorites, activate a car mode in the case of Android, etc. The ads are present but not at all intrusive, as they are displayed above the radio cover for a few seconds, not stopping the playback at any time. 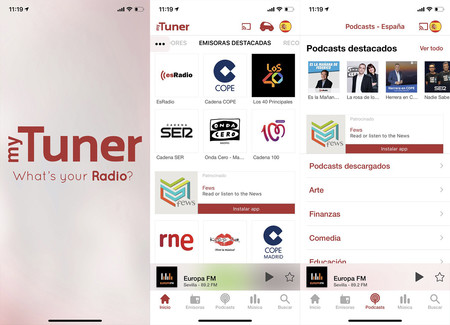 myTuner is another best radio applications for Android. It has a brilliant interface in both iOS and Android, car mode in both operating systems, featured, local, recommended stations, possibility of listening to podcasts, check music charts, etc. 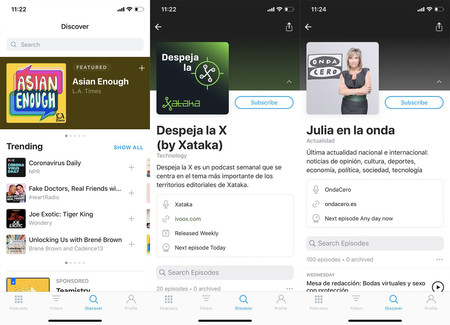 Pocket Cast is one of the most popular applications when it comes to podcasting. Nevertheless, can also be used as a different way of listening to the radio. The magic of this one is live, but what if we want to listen to a program that has already been broadcast? The most popular radios upload the episodes and sections to Pocket CastSo we can listen to these fragments again even if they have already been played live.