The best camera app for the iPhone is completely renewed

Halide, the best application for manual photography in iOS, has just been updated to Halide Mark II. This is a complete change in the application, both in terms of functionality and interface: everything is now much simpler and we have functions that we haven’t seen before.

Between them, a new and better way to take RAW to make it easier for anyone to edit them, a new focus system, adapted interface for gesture control and much more. If you like mobile photography, you’ll surely like Halide Mark II.

Halide Mark II: a professional camera on your iPhone 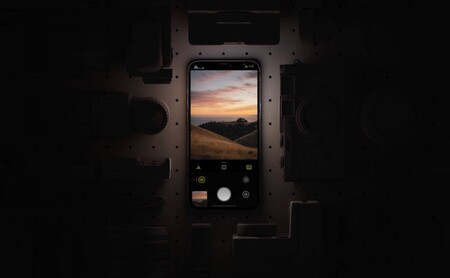 Halide has completely revamped its interface so that we can control the interface using gestures, rather than individual keystrokes. The elements have been redistributed and the way the focused content is displayed has been improved. The app is specially optimized for iPhone 12but the interface is virtually identical in earlier models.

What changes most in Halide is the processing of RAW files. Now you can shoot a slightly edited RAW, so that the development is more friendly

The main novelty at the technical level of Halide Mark II is the treatment of RAW. First we have a mode in which Halide takes a photo with Smart HDR processed with Deep Fusion and another in RAW format. Like this, we can have both pictures at the same timewithout worrying about whether or not we have shot at RAW. 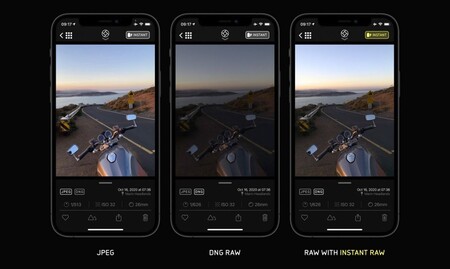 However, the most striking thing is Instant RAW. When we fire a RAW looks pretty bad in the galleryThe photo has not been processed, which means that we have to develop it from scratch. Instant RAW gives the RAW a little touch up so that it can be displayed well, but we still have all the editing capabilities of this format.

The menu for viewing the photo data has also been substantially improved. We are shown all the metadata of the photograph, location on map, values taken, etc. Everything in a very visual way. 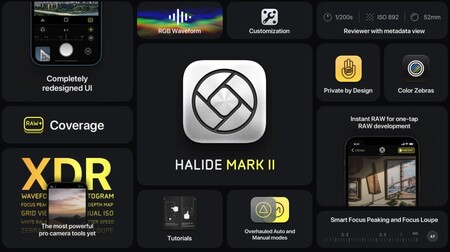 Apart from these novelties, Halide still has its own depth map for the portrait mode (usually more accurate than Apple’s), support for all iPhone sensors, including the new LiDAR and more.

In addition, Halide boasts the first and only camera application that displays full 14-bit RAW data in real time. They call this ‘XDR analysis’. and that is, when the RAW is active, the waveform and histograms are based on the actual sensor data.

Halide Mark II is free for everyone who already has Halide. Otherwise, we’ll have to pay out 36 eurosThis is a high price, but the truth is that the app is quite far from all the others. Halide Mark II: The best camera app for the iPhone is completely renewed