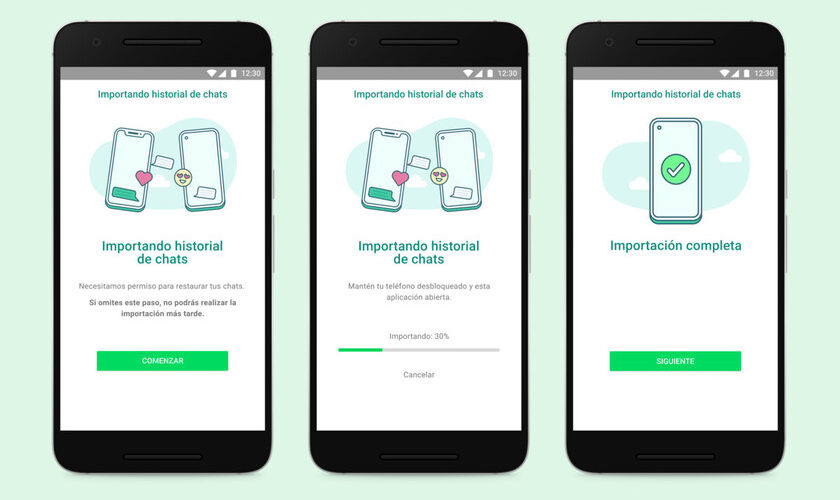 Can take WhatsApp chats from an iPhone to an Android mobile it’s getting closer and closer, especially now that the feature is starting to show up for the first time within the app, WaBetaInfo reports.

The import of WhatsApp chats between operating systems was leaked a long time ago, but it was not until the last Samsung Unpacked event until it was made official, with no official date, but first for Samsung folding. Now it begins to take shape, appear for the first time in your beta.

Until now, the information we had about importing WhatsApp chats from iPhone to Android and vice versa came from WaBetaInfo and its ability to activate functions that are not present for users, without counting the additional screenshots that we learned about last week. with the official announcement. The migration is official, yes, but for the moment the option It did not appear in any version of WhatsApp, beta or not.

As reported by WaBetaInfo, that changes in the iOS 2.21.160.16 beta version of WhatsApp for iOS, where the menu within the settings is beginning to be activated for beta users. If you have the WhatsApp beta on your iPhone, you can check if it is your case by opening the Chats section of the settings. Migration appears at the bottom. 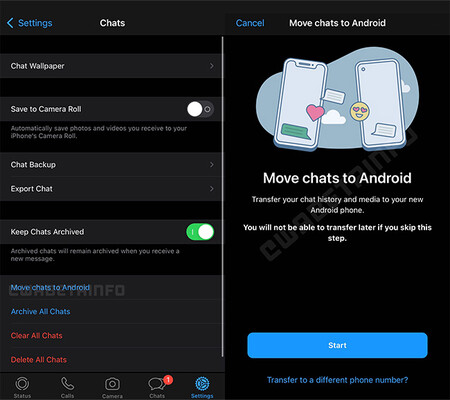 Therefore, this first part of the migration is already available, although the other half is missing. According to WaBetaInfo, the process on an Android mobile will involve the use of Switch to Android, an application that will assist in the process of transferring much of the data from an iPhone to an Android mobile that was discovered in leaks, but is still not available.

With the iOS side ready, therefore the Android part is missing to be able to do the migration completely, and there are several suitors. In Samsung mobiles, it will be the land of Smart Switch, while traces were also found in Google Data Transfer Tool and the still pending Switch to Android. We will still have to wait to be able to make the migration. In the beta of WhatsApp for Android at the moment the option does not appear.