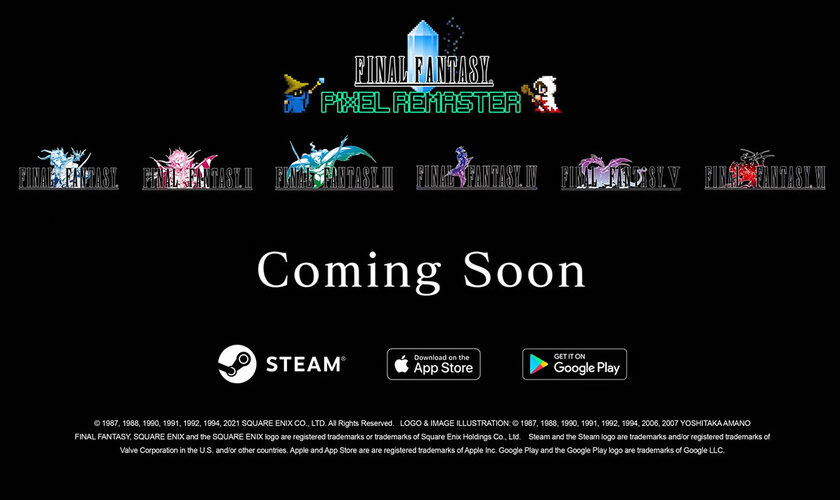 But not just any remake, but a pixelated remake, keeping the original style and unlike most of the mobile versions of Final Fantasy games that Square Enix has brought, often based on the 3D remake for consoles.

The Final Fantasy from 1 to 6 with all its pixels

Square Enix has announced the launch – or perhaps relaunch – of Final Fantasy from 1 to 6 for mobile phones in what it calls a “pixel-perfect makeover.” I mean, with a facelift, but based on the pixelated style from the original games.

It looks like this Final Fantasy Pixel Remaster will bring some consistency to the presence of Final Fantasy on mobile (and PC, it will also be released on Steam), although at the moment we don’t have much more information other than what is included in the video above.

Namely, there is no estimated date beyond “coming soon”. If you want to enjoy the classic Final Fantasy again and following its original essence, this remake is worth tracking down.