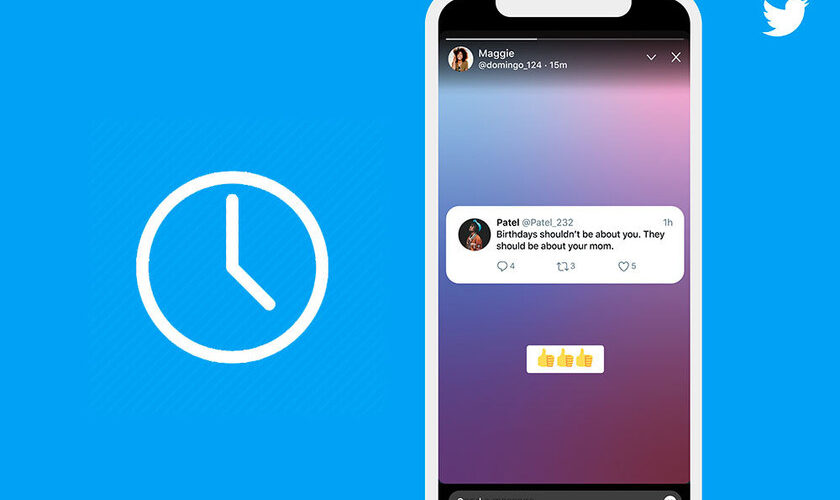 The Fleets arrive, the Twitter story format that evaporates after 24 hours

Ephemeral content has ended up reaching practically every corner of the Internet. They started in Snapchat and their use has gradually become established, bringing the ‘stories’ format to a multitude of apps and services. They are on Instagram, on Facebook, on Telegram, on WhatsApp and, yes, they have also come from Twitter.

The brand has put them a pretty easy name to remember, Fleets.and it is content that disappears within 24 hours of publication. As in the case of other apps, we are not talking about normal tweets but publications designed to take advantage of the vertical screen of the mobile phone with effects, gifs and other options available. 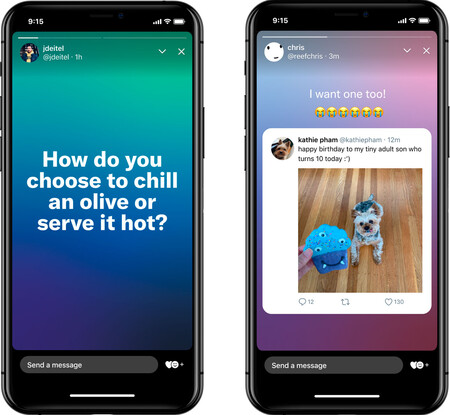 As we mentioned in the introduction, Fleets change the way we share content on the web. We no longer have only texts sewn to videos, animations or photographs with links attached or not. Pictures are now shared in full screen and we have complements to add to the collage resulting that will be our Fleet.

The Fleets will automatically disappear 24 hours after they have been created and shared and will be placed in a localizable part within the application, so that they do not disappear like the rest of the contents of our timeline. Twitter in fact imitates the interface format of other well-known apps and place the Fleets on topso we’ll see them as soon as we open the app, above the river of normal tweets.

In addition to the Fleets come the audio-only conversations

The Fleets will not only be there to be consumed but we will also be able to interact with them. The answers to them will be sent to the users as direct messages, something that will also happen with the reactions to them because yes, we will have emojis to send quick reactions. Also, logically, Twitter will make it easy to share your tweets directly as a FleetThe publication of the book is similar to the publications of other similar networks.

But don’t let the Fleets monopolize the Twitter feed in your ad. Voice mail also arrives and that is that we will be able to create groups with which we can communicate only through voice messages and in turns, as if it were a call. We’ll see how they work. The Fleets will arrive ‘in the next few days’ on both iOS and Android, so it’s only a matter of time before they’re available

Tweets that disappear: the Fleets arrive, the Twitter story format that evaporates after 24 hours