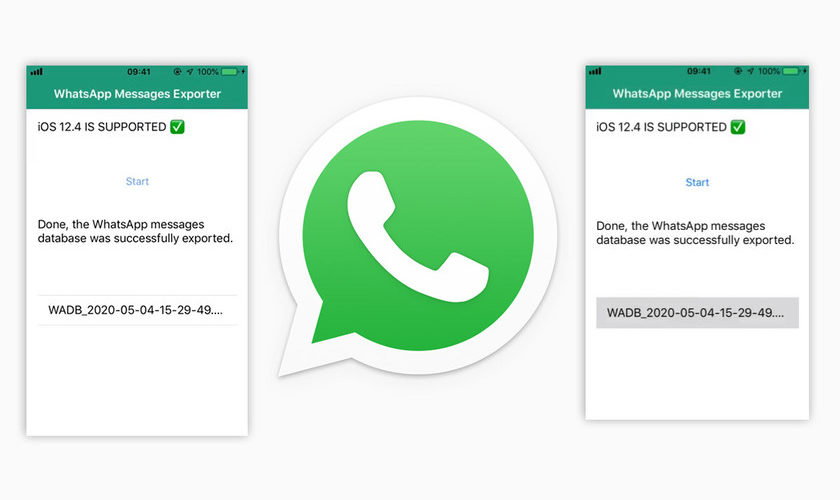 the new tool under development by the creator of WaTweaker

WhatsApp has long worked in its multi-device mode, but today it can only be used on a single mobile or tablet. You can change your mobile, but if you change your operating system -from Android to iPhone or the other way around- you can’t take your chats with you. At least, not easily and without going through the checkout line.

Alessandro PaluzziThe creator of WaTweaker has taken the first step towards making it easier to move WhatsApp chats from iPhone to Android: he has created a small application to export WhatsApp chats for iOS which, perhaps, in the future, can be used to import them into WhatsApp for Android. At the moment it’s mostly a proof of concept with quite a bit of fine print, but it gives us hope for a simpler WhatsApp migration in the future.

A small step towards chat migration

WhatsApp for Android backs up to the Google cloud, while WhatsApp for iPhone backs up to the iCloud. Both versions can restore chats from your favorite cloudbut not from the other, to the frustration of anyone who has tried to make the change in recent years.

Now, the creator of WaTweaker, claims to have created a small application for exporting WhatsApp messages for iOSunencrypted. You can see the application in operation in the following video, being as easy as pressing a button and get a file with the WhatsApp database, which you can easily send to other applications.

I made a small #iOS app that allows you to export the #WhatsApp‘s messages database (unencrypted) taking advantage of the 0day sandbox escape bug discovered by @s1guza.

Maybe I could add an option in @WATweaker to convert and import it into WhatsApp for #Android 👀 pic.twitter.com/XWh6uT1KS7

That’s where the possibility comes in that in the future, WaTweaker can import this database into AndroidThis makes the difficult task of successfully migrating chats from iOS to Android relatively easy. Currently WaTweaker has a specific section to manage chats and databases, although its functionality is under maintenance. 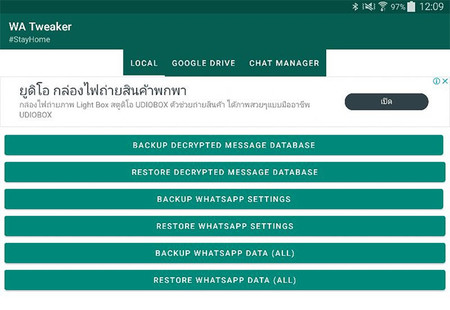 WaTweaker has long had a section to import and export chats, although it is under maintenance

Of course, this system would still have enough fine print, needed to bypass both iOS and Android’s security protections, which prevent any application from accessing other applications’ databases. While the normal way to do this would be to have the iPhone with JailbreakAlessandro Paluzzi claims to have used a @siguza compatible, in theory, with the versions prior to iOS 13.4.1.

I mean, Technically, you don’t need JailbreakIf you decide to make your tool public, however, you will not be able to publish it in the App Store, so those who are interested should use tools such as Alt Store.

As for importing such a database into Android, most likely, if such functionality is finally added to WaTweaker, root access is required on the cell phone. A major mess, yes, but one of the few ways to do the migration without paying for dubious applications, at least for the time being. We’ll have to see how it evolves.

Exporting WhatsApp chats from iOS to Android: the new tool in development from the creator of WaTweaker