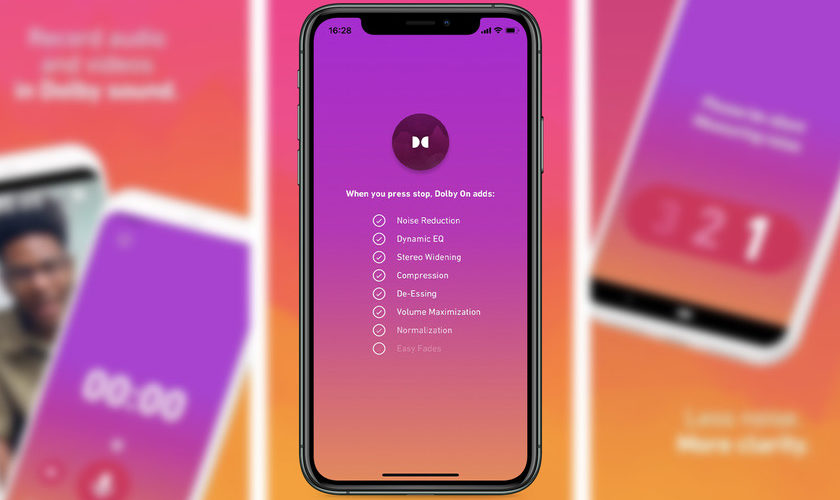 the official Dolby application for recording audio like a pro

There are many voice recording applications on Android, although at the moment none were signed by Dolby. The company based in the United States has launched a new application for iOS and Android for the purpose of providing a more professional audio experience.

We’ve been testing it, and while it still has some way to go, it’s quite interesting on a functional level. Among others, it allows us to activate noise cancellation, voice enhancement and cut to size the recording we’ve made. All with a fairly simple interface. 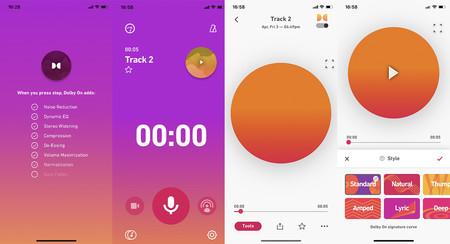 No registration is required to use Dolby On, just a date of birth. The interface is quite simple and modernso we won’t have any problem using it. We basically have two buttons in the case of Android and three in the case of iOS. On Android we can record video or record audioboth powered by Dolby On. In the case of iOS there is a third broadcast on Twitch or Facebook through the application.

Depending on the cell phone we have, the audio recording will happen one way or another. The high-end ones have more possibilities

Another interesting option is that the application is adapted to the terminal we are using. For example, on a Google Pixel 3a XL it records normally, but on an iPhone 11 Pro is capable of omnidirectional recording. Similarly, in iOS we can activate a metronome. 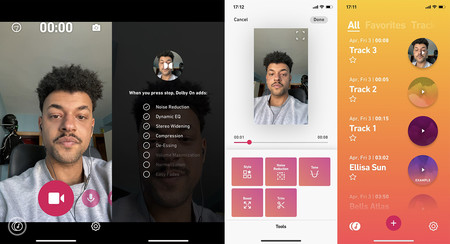 Regarding the operation of the app is quite simple, we hit the record button and start recording. Automatically adapts the various parameters. However, the most interesting point is that we can edit each of the functions you have set automatically afterwards. A

Apart from these functions, Dolby compresses the audio, attenuates the sound of the ‘S’s (a technique known as Denoising), normalises the entire audio wave and so on. The main features are the reduction of environmental noiseas well as the possibility to equalize the audio as we want. We can adjust effect by effect in a personalized way, both video and audio recording.

The application is completely free and can be downloaded now on iOS and Android. It is still in early access so we understand that it still has room for improvement. However, is a good proposal to improve our voice recordings. We tried Dolby On: the official Dolby application for recording audio like a pro

What lights should be on my router?

How many Mbps do I need for 4 devices?

Should I switch to fiber Internet?

How does TV work with fiber optic internet?

What are the 10 poorest counties in Virginia?

What zone is Ohio in for gardening?