In August we were able to analyze the Realme Watch and in November we met the Realme Watch S. A device, lastly, that came to be the alternative to connected watches from other brands. In this case, the connection with the mobile is carried out through the Realme Link app, an application that now and together with Android is also available for iPhone and iPad in the App Store.

Having a device from the Cupertino brand should not be an impediment And now we will see why, to be able to synchronize the data from the aforementioned clock or from any of the Realme smart devices. On paper the Realme Buds Q, Realme Buds Air or the Realme Band, but for now the utility is not compatible with the entire brand catalog. An application that can already be downloaded from the App Store.

Realme Link on the App Store 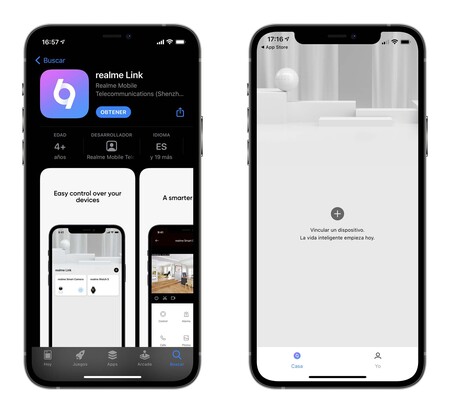 A key application, then It is the connection node for the brand’s wearables with the phone on duty. IOS and iPadOS users, however, have so far been helpless when it comes to syncing their gadgets.

The application, which can now be downloaded from the Apple App Store, requires that the device on which we are going to install it (iPhone, iPad or iPod) run iOS 9.0 or higher version, something that in good light will be the most common. 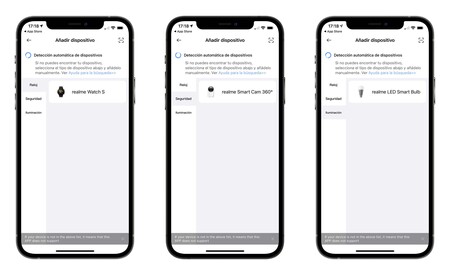 For now, the application has aspects that must be improved, something that denotes the low score it offers in the App Store classification system. Some users complain about recognition problems with some devices and in this sense, apparently the Realme Band, Realme Buds Q headphones and Realme Buds Air Neo are not compatible for now.

With the Realme Watch it seems that the connection works, as with the security camera, the Smart Cam 360º or the Smart Bulb, but there are errors in the notifications. Also in the comments they talk about problems in the iPad, since the screen does not adapt completely. The application has just been launched, so It is to be expected that these failures will be corrected in progressive updates. The Realme Link app comes to the App Store: the Realme Watch S and other brand devices now work with the iPhone