The story of Picasa, the germ of Google Photos that closed its doors in 2016

Google Photos is tremendously popular today, supporting the upload and download of millions of photos from Android devices and other systems. But Fotos had an origin and to find it we have to leave Google, although not California.

The origin is found in Palo Alto in 2002, and in the Lifescape offices. It was there that the app was created that would end up being the germ of the Google Photos that we handle today. That’s where Picasa was bornThis is the first time that a new app has been developed, which for many years was a reference in photography with multiple uses and which ended up closing its doors in 2016. 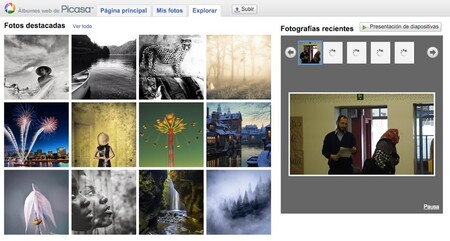 With a name that mixed the famous Picasso with that of personalized art, Picasa was born as a simple desktop photo cataloguing and editing application at the Lifescape offices. Such was her success in her early years that Google decided to join her portfolio of apps and services in 2004 and went on to market with a license freeware. I mean, it was completely free.

Although its potential lay in the ability to organize and edit photographs on the computer, it was the online arm that most interested Google. It was Picasaweb, an online store which sought to compete with the then leader in cloud photo storage, Flickr, which at the time was still owned by Ludicorp and not Yahoo.

Hand in hand with Google, Picasa has been evolving and acquiring more and more functionalities for its users. With Picasa you could crawl all the images on your computer, regardless of the folder that hosted them, in order to classify them in the app. Not only could they be organized but were also edited and you could create both photo montages and slideshows.

Over time, Picasa gained in editing features that automatically synced with the cloud, so that neither applied changes nor previous versions of photos were ever lost. Web albums, by the way, allowed up to 1GB of large images to be hosted at no cost (originally it was 250MB) although if we had Google+ (hello, integration) we could store images of a maximum of 2048 x 2048 pixels in an unlimited way.

Picasa won the game from Hello

Looking at the potential of Picasa, especially its versatility in hosting and classifying images in the cloud, Google ended up abandoning its Hello projectwhich basically consisted of the same service I had purchased. Picasa thus became Google’s photographic spearhead in the cloud, although it would not be long before the transfer of functions began.

Google was at that time immersed in developing and advertising its failed social network, Google+. As part of the social network services included the storage of photographs in the cloudThis way, it competes with the same functionality that Facebook offered and still offers. But with the increasingly evident failure of Google+, those of Mountain View began to separate the two services.

Thus, in May 2015 Google Photos became independent from Google+, becoming the second online service of Google for storage and basic editing of photographs. Many of the editing and cataloguing functions of both services were similar and Google finally decided to shut down Picasa. It was the year 2016.

Thus, 14 years after its launch, and once all the ideas and talent of its development team had been transferred to other areas of Google, such as Photos, Picasa closed the doors definitively. It is now history of computing in the Internet era and probably will not be long forgotten. But for many, Picasa is and will be the origin of Google Photos.