With the iOS 14 widget fever, brainstorming never stops. There are all kinds of them, to be able to customize the iPhone to taste. However, some of them are more innovative than ever, like the widget that we are going to talk about today.

It’s called Retro Widget 2 and, in addition to being a widget that takes us back to the era of older phones, is a shortcut to the classic game ‘Snake’, so in a matter of a click you will be playing the famous snake game.

The Snake game, at the click of a button 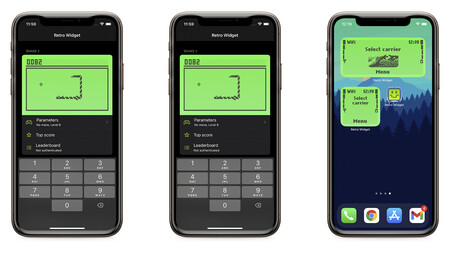 Retro Widget 2 is a three-size widget to customize our home screen. It has the monochrome aesthetics of old mobiles, offering information about the WiFi network, network status, time and more. It is quite attractive despite what this aesthetic shocks.

By clicking on this widget we directly access the Snake game. We do not play within the widget, but within the app, but it is still quite comfortable

But the main point of this widget is that is a direct access to the Snake game, from the widget app itself. If we click on the widget we directly access the application interface, which allows us to play Snake from the mobile.

We can even set the game difficulty levels, if we want there to be barriers or not and so on. A curious concept that would have been brutal if we could play directly with the widget, but having it as a shortcut is not a bad idea either.

The main drawback is that the application is worth 2.29 euros, a fairly low amount, but which can repel lovers of free. After having tried it, server believes that it may be quite worth it, for having a pretty nice widget and a shortcut to Snake for the downtime. 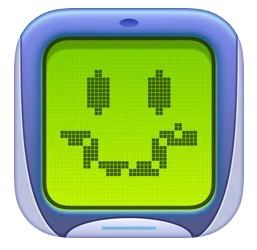 Play the Snake at the touch of a widget: this app for iPhone is a direct access to the mythical snake game