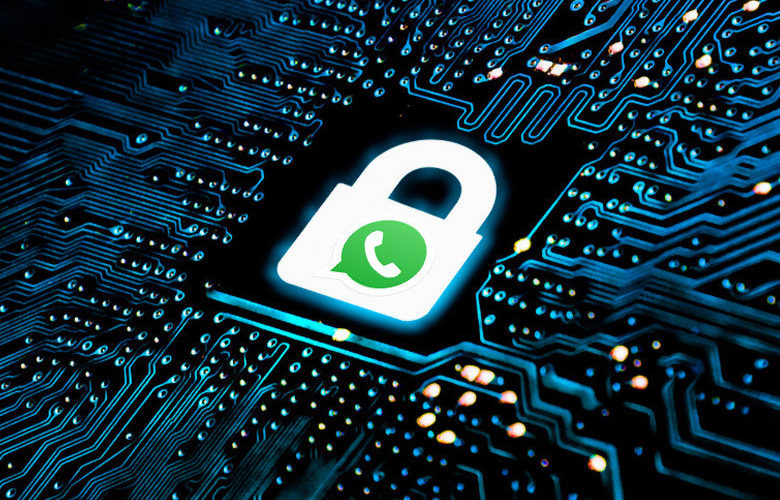 FacebookTwitterPinterestEmailWhatsApp
Home » this is how end-to-end encryption works
Applications

this is how end-to-end encryption works

The debate between WhatsApp and Telegram, which had seemed to be quiet for some months now, has been reopened following a series of messages from the political elite claiming censorship of WhatsApp. The reason for this, the creation by WhatsApp of a list of recommended verifiers among which are controversial media in the country.

This, coupled with WhatsApp’s limitation on the number of groups to which a message can be forwarded (something established worldwide), has led to talk of censorship. A statement which, on the other hand, does not make much sense if it is understood that WhatsApp uses a message encryption system which means that it does not know what is being sent through its service. WhatsApp cannot see the inside of the packages it delivers and therefore talk of censorship has no place here.

WhatsApp is encrypted in 2016

It took a while, but it finally did. After many months of demands from its users, although what seemed to be a clear worsening of the service against its competition, WhatsApp added end-to-end encryption in April 2016. Communications through the messaging app were thus encrypted, and the system chosen was one of the most powerful on the market.

WhatsApp decided to adopt in 2016 the encryption system used by SignalA not so widespread messaging app, but famous for its high level of security and privacy. To achieve this, the Facebook and WhatsApp development team worked with Open Whisper Systems to adapt its message encryption protocol to their application.

Thus, the new encryption implemented by WhatsApp was based on TexSecure, a service that creates a unique encryption key for each device that sends and receives a message, plus additional layers. This is not even a fixed key that can be decrypted at any given time, allowing messages to be read. Each message transported carries a unique and different encryption system from the previous oneThis makes the TextSecure system, and therefore WhatsApp, one of the safest in the world. 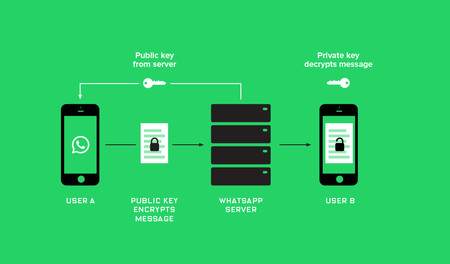 WhatsApp itself explains how its encryption system works in the platform documentation, and makes it clear that its system is based on the TextSecure used by Signal or RedPhone, among others. A system, as we said, of unique keys stored in each user’s mobile phoneThe only task of these servers is to receive the messages with one hand and deliver them with the other.

WhatsApp’s encryption system employs up to three different public keys. One of them serves to identify the device, another is automatically generated and signed using the first one, and the third key is created and destroyed with every message we send through WhatsApp. In addition to these three keys, there are three other session keysThe following is required: an administrator key, a string key and a message key.

WhatsApp does not store messages on its servers: it delivers encrypted messages through encrypted channels

With this system, the messages we send are encrypted on our mobile phone and already travel in code. Not only the messages, by the way, but also every attachment we send to our contacts. Once they reach the recipient’s phone, they are decoded with the help of the public key, which travels with the message, and the various identifiers. To accompany the whole process, WhatsApp uses the Noise Protocol Framework to create separate message transport channels that are also encrypted.

So, WhatsApp does not know what is being sent through its platform. This is why the UK accused WhatsApp of “allowing paedophiles or criminals to operate”, or why the FBI has been trying for years to get WhatsApp to break its own encryption so that it can intercept conversations between potential terrorists. And since WhatsApp does not know what we are sending, there is no point in talking about censorship.