Before WhatsApp and Messenger (Microsoft’s, not Facebook’s), there was ICQ: the messaging application in which your account was not your phone number or e-mail, but a string of numbers. ICQ is still alive and it is that, without making much noise, has survived to this day as an alternative to WhatsApp.

We have tested ICQ New, the latest app redesign, which has sought to revitalize this application that was officially launched in 1996, that is, almost 25 years ago. The app is not much different from what local veterans will remember, and yes, it maintains the legendary “Oh oh” tone for new messages.

ICQ is still alive, which should come as no surprise as he never died. The same thing happened to this legendary messaging application as the rest of the heavyweights of its time, such as Windows Live Messenger or Yahoo! Messenger, what he did not know how to adapt to the mobile in time. With the arrival of mobile phones, SMS and WhatsApp took over.

ICQ has a mobile version since 2013, when half of the globe was already positioned in a messaging application such as WhatsApp. Only in Russia and Eastern Europe has ICQ maintained some popularity, although the application is available and continues to work for everyone.

To this day, ICQ has not changed much from the ICQ of yesteryear, and that is original accounts are still accessible and you can continue using your account, if you remember your password. Of course, it is now possible to create an account linked to a phone number, as in WhatsApp. 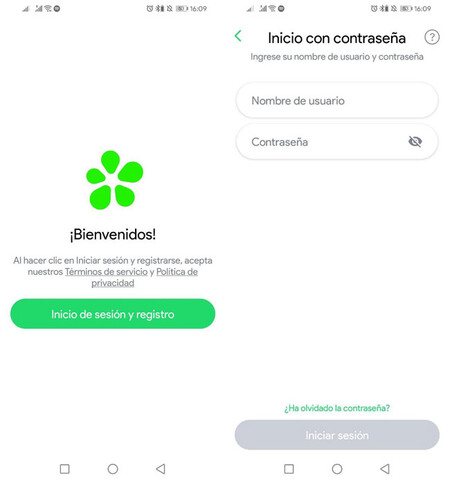 Unfortunately logging into the new ICQ It will not mean rescuing your contacts and chats from oblivion with ICQ on the PC a few decades ago. Unfortunately, these chats are lost forever, like tears in the rain. The application uses mobile contacts to search for mutual friends to chat with, although you can also add friends by phone number or nickname.

If the ICQ of yesteryear was something revolutionary for its time, incorporating some additional functions not present in its alternatives, the new ICQ on mobile does not reinvent the wheel. The essence of the classic ICQ design is kept a bit, with more rounded designs than previous versions of ICQ for mobile, but in essence it is the same as any other messaging application. 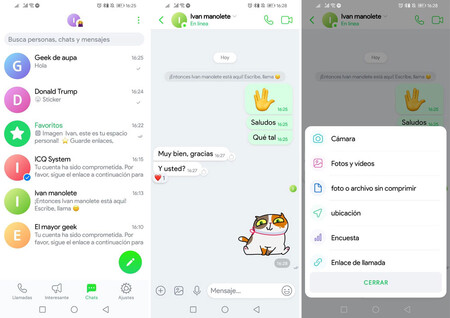 From the floating icon you can start a new conversation with any of your contacts who, now, do not need to add you to friends beforehand, as before. In a chat you can attach photos, places, video conference links, contacts, voice messages and surveys. There are also stickers -animated or not- and, although an integrated animated GIF search engine is not included, as in WhatsApp, nothing prevents you from using a third-party application, such as Gboard, to paste an animated GIF in the chat.

How could it be otherwise, ICQ supports calls and video calls, with up to 50 participants, and webinars, in which 500 people can attend as listeners. Several dozen effects are included in video calls in the form of skins similar to those of Instagram, Snapchat or Messenger. 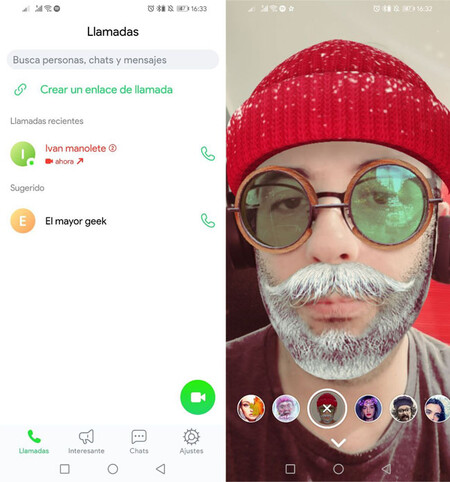 Although ICQ on the mobile is almost the same as the rest of messaging applications, being an old dog means inheriting functions from yesteryear that for some reason have not arrived or have not been promoted as much in other messaging applications as they were in the era of messaging on PC, such as states. States as a synonym for a phrase indicating your availability to chat or anything else imaginable.

ICQ maintains the states (Away, eating, on the phone …) as they worked in messaging on PC a few decades ago

Yes, WhatsApp has states – and of two types, to be exact – but it is not exactly the same. States in ICQ take on much more prominence, showing itself as an icon superimposed on your avatar. If someone talks to you while you have the state of “I want to be alone” or “chutlhu fhtagn” (both real examples), they will hardly be able to complain that you do not answer the second, in a similar way to how “Austente” or “No disturb “in the Pleistocene messaging. 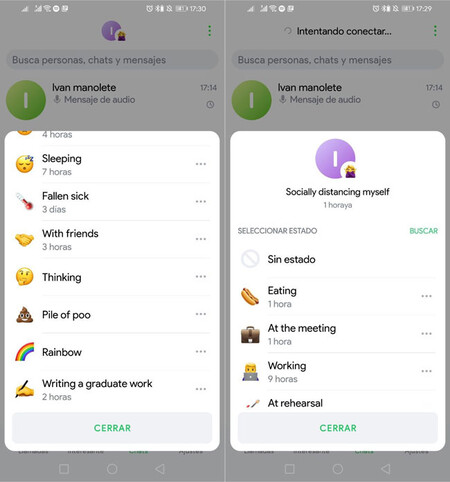 ICQ was born as an application for PC, and this version is still active. Today, ICQ is a cross-platform messaging app, so you can chat with the same account on mobile, web, Windows, Mac, Linux. Unlike WhatsApp, these versions work independently, without the need to keep the mobile on and connected.

Nostalgia, but little else

Returning to ICQ today is an experience similar to using any messaging application that is not one of the great ones: not having anyone to chat with except yourself. It’s a good nostalgic experience to revive the legendary messaging app that will soon turn 25, but little else.

Convincing your circle of friends to switch applications is always a daunting task and, in the case of ICQ, there are not even good arguments to do it, beyond “to have a laugh.” The application collects a good amount of personal information and, except for a few small details, it does not have any breakthrough functionality that is not in other applications. 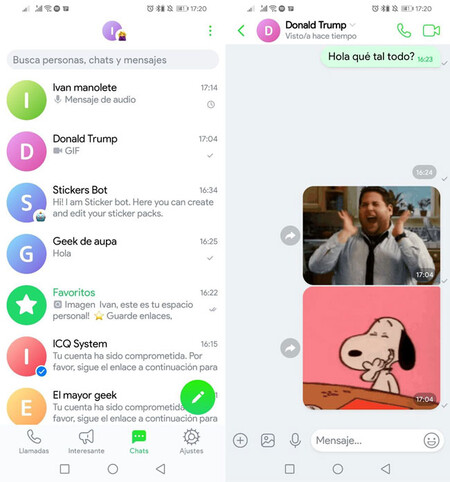 ICQ is, nowadays, one more messaging application, which evokes the memory of other times with its name and the sound of notifications and not much else. Technically, it is less light than other applications such as WhatsApp or Telegram And in my case, I have had continuous problems doing basic things like sending a voice message or trying to change my profile picture.

If you are looking for an alternative to WhatsApp in response to the privacy policy changes to come, the truth is that you are probably better off with the usual suspects, such as Telegram or Signal. In the end, ICQ data collection is even worse than those to come to WhatsApp. And if you’re only looking for nostalgia, nothing prevents you from using the “Oh Oh” sound effect as a personalized notification sound on your mobile. 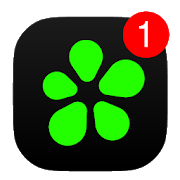