Stereo is an application that combines podcasts with chat rooms to obtain a communication tool that is as social as it is playful. It is available on Android and iOS, does not require any kind of invitation to access, and it is a great alternative to the famous Clubhouse.

The applications with which to share audio are in fashion, both in podcast format and through audio rooms (both public and private). Clubhouse brings both styles together within an app that grows in popularity; with a drawback: it is only available for iPhone (and for iPad, although not with native application). Despite this limitation, and knowing that developers are adapting their application to Android, there are other ways to find interactive and real-time audio broadcasts. Like Stereo. 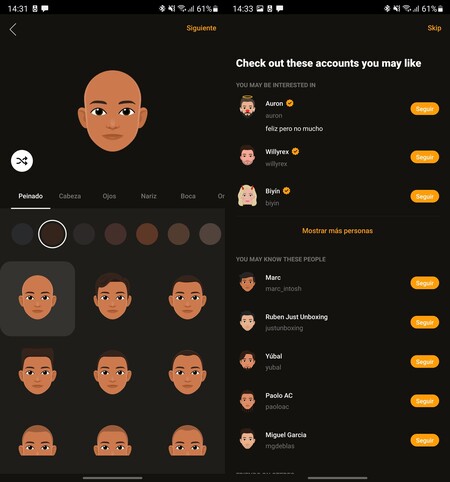 The style of Stereo is very similar to that of Clubhouse. Both are from 2020 (Clubhouse was presented in April and Stereo reached mobile stores in August), they have added millions of users and raise the creation of live online radio broadcasts that not only can be listened to having an account, it is also possible to interact with those who participate in the broadcast to ask questions or provide solutions.

Stereo lacks some limitations that Clubhouse does have: Apart from being available for Android, Stereo does not need an invitation to enter. Yes, the phone number is required, it is the data that acts as a record (apart from the user, who is chosen later). And there is another important limitation: the organizers of each broadcast are always two (hence the Stereo).

Beyond the particularities of each interface (Stereo allows moving between rooms by moving the screen to the sides and Clubhouse offers the emissions in vertical scroll), both maintain a very similar mechanism: Live podcasts that support listener participation. These can enter the Stereo talks by raising their hand, reactions can also be launched to what is being broadcast, just like in the Live Instagram. 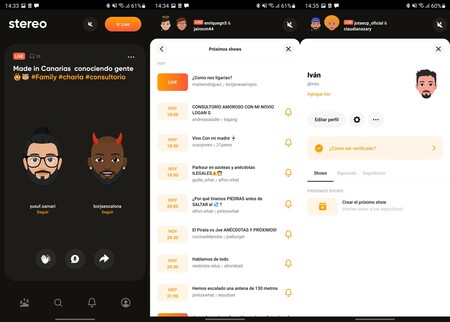 Stereo allows you to search for channels by theme, just like Clubhouse. The advantage is that the first one is translated into Spanish, a detail that allows better categorize rooms.

Chat with someone else, be it a friend or a random user – this is the foundation of Stereo. Anyone can join the talk

It is possible to follow users in order to receive notifications of when they broadcast, the talks have live access and, unlike in Clubhouse, are uploaded to Stereo to be heard as a podcast. They can be downloaded to be played offline, although in video format (with the avatars intervening in the conversation). 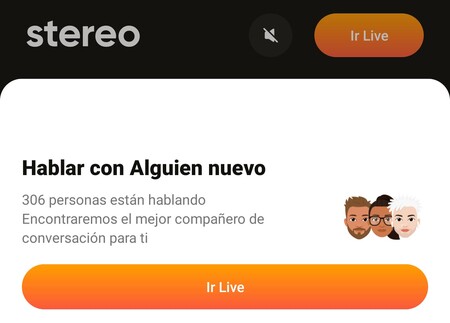 Given Stereo’s ‘amateur’ orientation (Clubhouse is taking a more professional look despite the fact that anyone with access can stream its audio), it is possible to locate talks on any subject. Even there is room for many well-known youtubers, such as Ibai Llanos, AuronPlay or Willyrex. It’s a great alternative to Clubhouse if you have an Android mobile, at least while the Clubhouse app officially arrives.

There is a remarkable variety of emissions, of diverse quality and with the option of listen to previously broadcast talks, Stereo is a very complete app. In addition, its design is simple and also intuitive: in a few minutes you will get the hang of it. At least when listening, that the broadcasts are somewhat more complex (they are done through the ‘Live’ icon, in the upper right part of the screen). 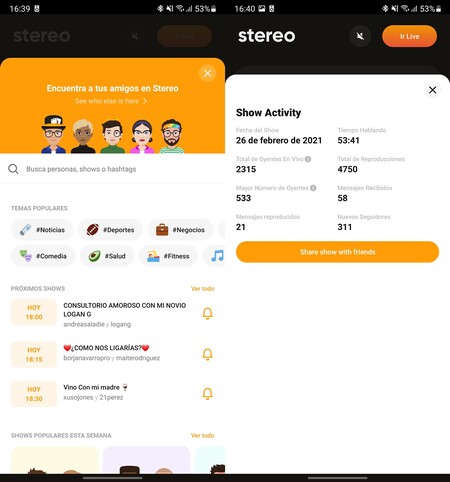 Stereo has seemed like an application to consider if you like podcasts and want to access live broadcasts with the option to participate in the talks. It is a multiplatform mobile application, it lacks ads and your issues can be monetized. You have no in-app purchases. 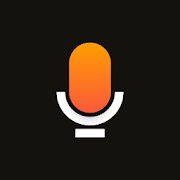