TweetDeck as an Android app thanks to MarinDeck, a great Twitter client

The MarinDeck app is a curious Twitter client for Android that offers access to TweetDeck from a convenient application. All the power of the ‘professional’ service, advanced functions and a lot of extra options with a look very similar to the official Twitter application.

Apart from mobile applications and the web, Twitter has a more or less independent service that also offers access to the blue bird social network: TweetDeck. This service has software for computers, it also offers access through web browsers. This is exactly what an application with less than a month on Google Play uses: MarinDeck for TweetDeck. It is a good alternative to the official app.

TweetDeck for Android as an unofficial app 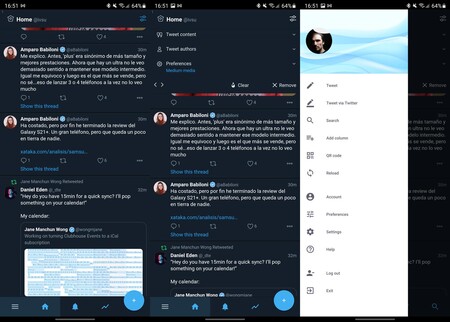 MarinDeck is a Twitter client that embeds the web version of TweetDeck into an Android application that not only receives the advantages of the platform, the developers of MarinDeck also take the opportunity to give it a very similar appearance to the official Twitter client. The result is an application that allows you to follow the rhythm of the social network, enables interaction, it’s official (It is still the code of TweetDeck) and, on top of that, the mobile app also includes the extended functions of TweetDeck itself.

MarinDeck for TweetDeck uses the Twitter login (it does not access passwords as it only uses the token) to give access to all user functions. Organized in a similar way to Twitter itself, With the app, it is possible to move between the different columns by simply sliding. Timeline of startup, activity, trends … And the option to create columns with all the details that you want to follow, one of the notable advantages of TweetDeck. 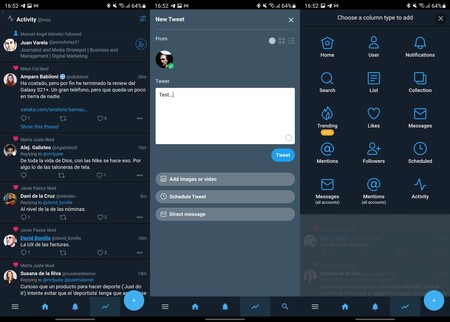 What do you want to be aware of the second of a specific hashtag? You can create a column in MarinDeck for TweetDeck. Also follow a list, a user, search terms, and just about anything you can think of: the application updates the data in real time for each of those columns. You can even manage a set of accounts if you are a community manager, all in the form of one convenient application. 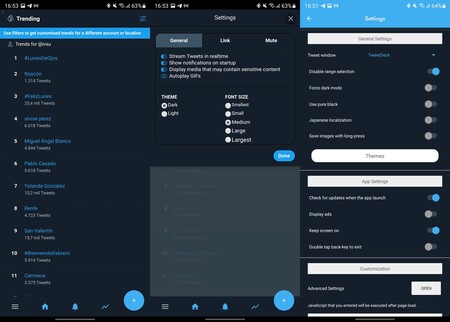 We found it to be a great alternative for those who want a complete Twitter experience, more or less official, without ads and with all the power of a desktop platform such as TweetDeck. MarinDeck for TweetDeck is perfect for advanced Twitter users, those who use the social network thoroughly. It’s free and has no ads. 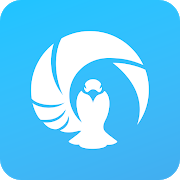