The relationship between the most used social networks is a little closer: Twitter has enabled the option to share tweets in Story format via Snapchat. And he is testing the integration with Instagram, a great step towards improving relations between Facebook and Twitter.

The stories have not only come to stay on our smartphones, they have also become so contagious that ended up landing in applications a priori not favored by the format, like Spotify or Twitter. Precisely, Twitter strengthened its commitment to stories with fleets, its own interpretation of the format. And he’s testing a way to further expand tweets: iPhone already allows sharing them in the stories of other apps.

Tweets inserted as an image in Snapchat and Instagram stories 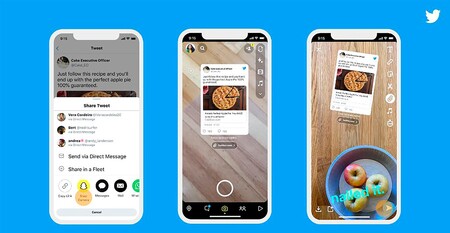 The blue bird social network has announced the novelty on its platform along with the way to access shared tweets such as Story right now: availability has currently reached the iPhone (Android will have to wait). The tweet is inserted in the center of the Story with the usual Twitter format and as an image; that can be combined with a background to taste, even applying lenses and filters.

The process for share tweets as stories It is really simple and you don’t need to update the Twitter application: it has been activated automatically and from the Twitter servers. You have to proceed like this: 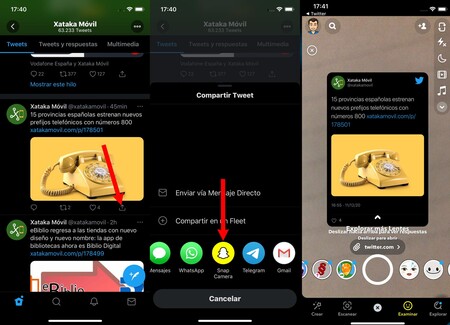 It is currently only available for iPhones and Snapchat. Twitter assures that Instagram will also have the tweets inserted in the stories, the company you are testing this option.