Twitter will shutdown Periscope next year because few people use it

About five years ago, Twitter bought the live video streaming app Periscope at a time when its alternative, Meerkat, was dominating the market. Later Periscope would take the lead and become increasingly integrated into Twitter. Now, Twitter has announced the Periscope definitive closure by March 2021.

Citing a “decline in the number of users” and maintenance costs that are only going to increase, Twitter has announced that Periscope as a service is in an unsustainable state. Due, the app no ​​longer supports new user registrations and it will be permanently eliminated next year.

Down with the periscope!

Since Twitter bought Periscope in 2015, the application has absorbed much of its functionality, launching your own live videos a year later under the name Twitter Live. Periscope technology, but without the Periscope app.

However, the application and the Periscope website have continued operating all these years, which, according to their blog, has been in an unsustainable way for some time: the cost of maintaining the service continues to rise, while the base of users decreases. As a result, the app will be removed from app stores in March 2021, and “they probably should have made the decision earlier.” 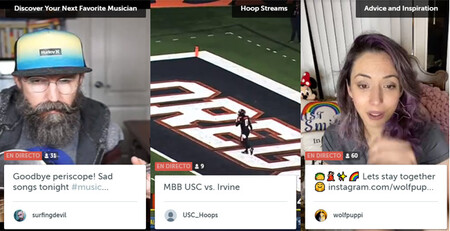 Periscope will continue to work until March 2021 for current users

The service will continue to function until then, although it is no longer possible to register a new user with the latest version of the application. Of course, the legacy will continue to live on the Periscope website, which in principle will remain open as the place where you can see the broadcasts that have been published on the platform in the past.

Alternatively, Twitter suggests that you use the live broadcast of Twitter itselfAlthough the truth is that since the initial boom of Meerkat and Periscope, there are no shortage of alternatives to broadcast video.

Twitter will shutdown Periscope next year because few people use it