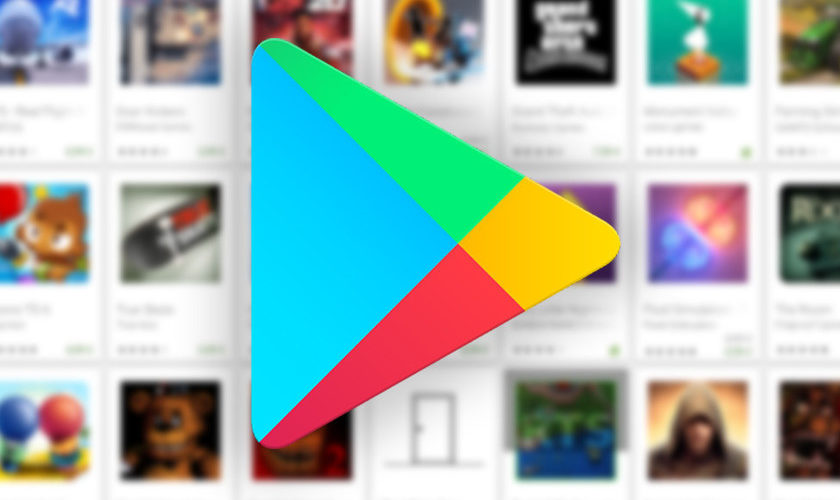 Users spent more money and downloaded more applications in early 2020, according to AppAnie

The beginning of 2020 has been marked by almost worldwide measures to confine the population. This event, adding to the already upward trend, has led to historical records at application use levelaccording to AppAnie.

An analysis published by the company provides quite interesting data on how the first quarter of 2020 has treated the world of applications, with data such as a 20% increase in app time or an all-time record for application spending. 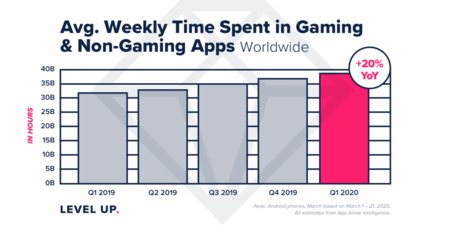 According to AppAnie, as the Coronavirus outbreak has spread, the amount of time users spend on applications each day has increased. Specifically, in the case of China, you see a 30% year-on-year increaseThe first is the European Union, followed by Italy, with an increase of 11% according to this analysis. Using global data, it is estimated that the average weekly application and game time increased by 20% year-on-yearreferring to the first quarter of the year. 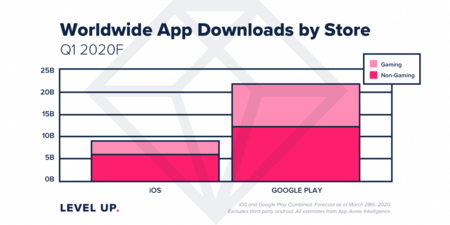 You also see a increase in consumer spending. In the first quarter of 2020, more than $23.4 billion was spent among all Android app stores, the highest spending quarter in history. It also increased the number of application downloads by 15%.

By breaking down the expenditure, there was a 5% year-on-year increase in iOSwhich translates into $15 billion for this first quarter of 2020. Google Play also grows by 5%, although the figure is lower, $8.3 billion (it is well known that iOS users spend more).
Compared to last year, AppAnie says Play Store downloads grew by 5% reaching up to 22.5 billion. In the case of iOS, there was a 15% year-on-year growth. It is noteworthy that in iOS just over 65% of downloads are applications and the rest are games, while in Android games account for almost 45% of total downloads.

In both the App Store and Google Play there has been significant growth of up to 40% in the health, education and business categories

In Android the most popular categories were games, tools and entertainment, although it is noteworthy that the categories of health, education and business grow to 40, 35 and 30% respectively. Here, apps such as ZOOM, Hangouts Meet and Microsoft Teams have played a major role, and their download peaks have increased.

In iOS, the game, photo, and video categories had the most weight, and so did the other categories, growth of 40, 35 and 30% can be seen in the education, business and health categories, the same data as in Google Play.

The star applications of this beginning of 2020 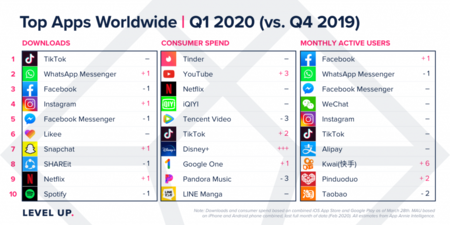 The very strong adoption of Disney+ which, after being launched in the United States on November 12, has managed to generate five million downloads at a European level on the first day of its launch in this territory. Similarly, the adoption of ZOOM and Houseparty is growing, applications that are now being challenged for security reasons.