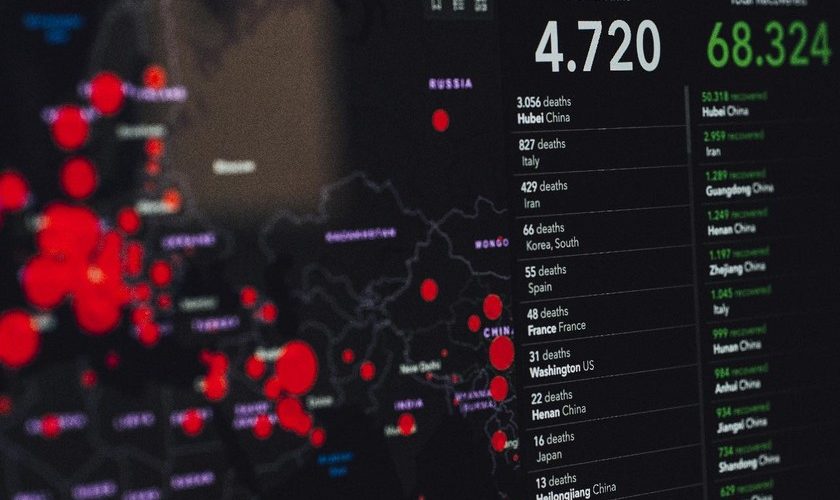 FacebookTwitterPinterestEmailWhatsApp
Home » We have been in crisis for more than four months because of COVID-19 and we don’t have any apps, but all these projects are underway
Applications

We have been in crisis for more than four months because of COVID-19 and we don’t have any apps, but all these projects are underway

The coronavirus responsible for COVID-19 has been raging since last December 2019, although it was not until March 2020 that the WHO declared it a pandemic. It didn’t take long for Spain to declare a state of alarm and to decree the beginning of a quarantine period that still affects us today, immersed in the different phases of de-escalation by region.

Since COVID-19 looks like it will be living with us for quite some time, the developers have been implementing various projects based on the DP3T protocoland now relying on the tools provided by Google and Apple, although we do not have any in full circulation yet. We tell you what projects are currently underway in the country. 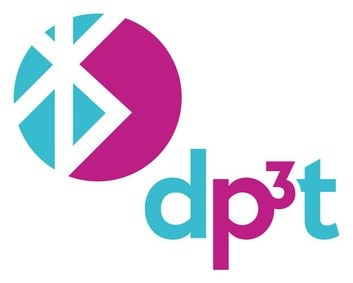 *Decentralized Privacy-Preserving Tracing project”, or DPPPT, formally known as DP3T for short. It is an international project whose mission is to establish the operation of the projects for the tracing of people infected by coronavirus that can benefit from it, and which sets a series of characteristics common to all projects that allow anonymity and data security to be preserved.

The DP3T protocol states that apps must randomly generate a code on each phone in which they are installed, and start broadcasting it periodically via the Bluetooth connection. At the same time, they listen for other codes nearby, thus being able to determine approximately how long two users (two mobile phones) are in the vicinity and there is a risk of contact.

Once a phone detects the same code two or more times, it determines that users may be at risk of infection and stores that code in an internal list that is not shared with the outside, and that is kept under a system of encryption. Periodically, the health authorities update their database with those users who have tested positive, relating them to the code of their own phone.

Thus, the phones periodically check via the Internet if they have stored any of the codes that have tested positive for alert the owner of the phone to contact the health authorities and perform the test, in addition to other recommendations on self-quarantine and various procedures to try to contain the virus if it is actually infected.

As we can see, it’s about an anonymous process with data always stored in our own phoneThey do not leave it even to be checked against the authorities’ list and also report it anonymously. Google and Apple established in their native tool, in fact, that it was impossible to access the geolocation of the phone in any way. This is the DP3T protocol that apps under development must respect in order to track those infected by the coronavirus. 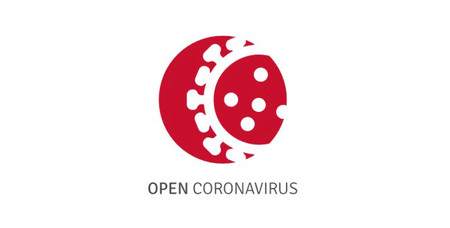 As we have said, after about four months of an effective pandemic and more time of crisis in various parts of the world, we still do not have any active application in our country. What is happening in other countries of the planet is different, with cases as well known as the apps of South Korea or Singapore, which have proven to be the most effective so far in order to control and track those infected so as to contain the pandemic.

In the Singapore app, and in the DP3T protocol, OpenCoronavirus has been based, an app built by modules that has sought from the beginning to establish a system of selective rather than indiscriminate quarantines. The app develops a system similar to that of the DP3T protocol but extended, allowing each user to carry a QR code on your phone that is colored in one color or another depending on our risk level. If any contact (DP3T) is positive, it becomes yellow and it is recommended to go to the health authorities. If we are the positive ones, we become red and we will not be able to circulate freely. The QR is designed so that any authority can request it from us. In Open Coronairus there are several interested communities although none has been made public yet.

In Spain there are at least two official apps under development under the DP3T protocol, one national and one in Valencia

For his part, the Government of Spain has been developing, together with several technologies and the Secretary of State for Digitalization and Artificial Intelligence, an app to operate throughout the national territory based on the DP3T protocol and using the native tools of Google and Apple for their respective operating systems, Android and iOS. The application is currently under development and a pilot program will start in the Canary Islands in June, so it won’t be long before we know the results of this pilot and more information about it.

In Valencia they also develop an app at regional level (Foracovid)This is based on the DP3T protocol established by the European Union and should therefore be interoperable with the national app and also with any other app operating on European territory. The app creates an anonymous and local listing that checks the official listings also internally in the phone itself, thus ensuring the security and anonymity of each user’s data. At the moment, the app has not been published but it has been confirmed that it is in an advanced state of development and we will soon find out more about it. 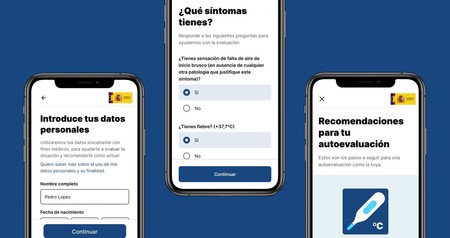 In addition to these apps, the Spanish government has long since put into circulation the web app AssistanceCOVID-19This is an open source web app, with the collaboration of Telefonica, which consists of a series of questions that we will answer from our phone and that serve as a self-diagnosis to recommend us or not to contact the health care services. The app serves as a screen between those who use it and the emergency services, allowing them to download work and reduce the level of saturation. In addition, the app offers advice based on our responses.

In Spain there is also a chatbot, a Conversational Assistant for WhatsApp that allows users to use the messaging app to solve doubts about the coronavirus, symptoms and other news, which has already gone through a pilot program in La Rioja. There are also other unofficial projects such as the Open COVID-19 Test by Celia Velasco, whose code is hosted on Github, or the Yometesteoencasa test, whose code is also hosted on Github.

So far, none of the official apps in development have been released

All these projects are underway in Spain, in addition to the self-diagnosis and information tools of the various autonomous communities, but an official app as such is not yet available to guarantee its effectiveness and allow us to keep the contagion in check as much as possible. We have to wait for some of the official DP3T apps to show positive results from their respective pilot tests so that we can finally have one more tool in the fight against the pandemic in our mobile phones.