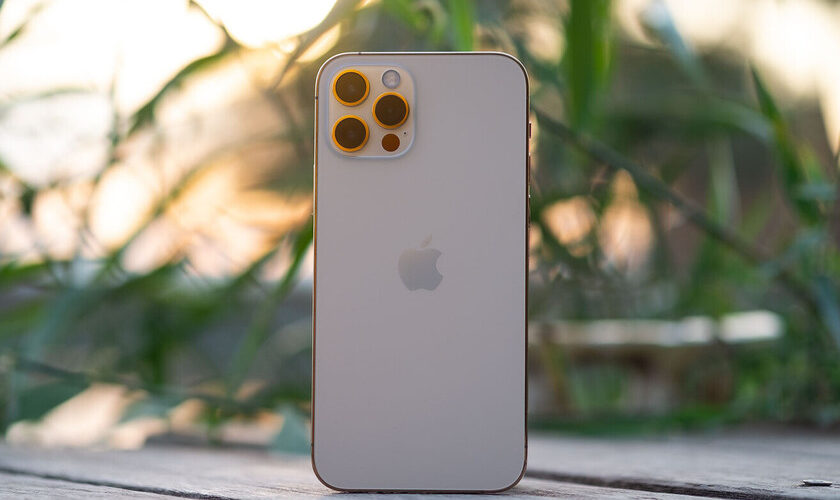 We tested the spectacular FaceTime voice isolation mode in iOS 15

With iOS 15, a system that we have already been able to test in beta version, important news arrived for Apple’s native applications, including Facetime. One of the big changes in Apple’s video calling app has to do with noise cancellation, a feature that is already integrated in the beta of iOS 15 and that can be tested on any compatible iPhone.

We wanted to put it to the test on an iPhone 12 so much to teach you how voice isolation is activated and how it works, a function that is quite surprising due to its good performance, even while still in the testing phase.

What is Facetime Voice Isolation 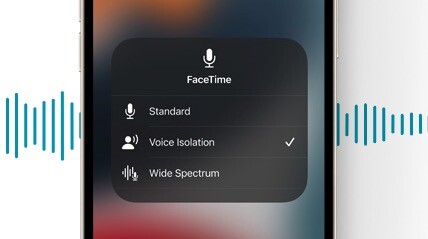 When we are in a work meeting, call with family or any type of video call, the last thing we want is for background noise to creep in. Isolate them completely so that only the voice sounds is the goal of Voice Isolation, the voice isolation that comes to Facetime with the latest update to iOS 15.

“With Voice Isolation, your microphone uses machine learning to block out distracting ambient noises. The barking of the dog or the TV game disappears so you can be heard loud and clear.” Manzana.

It is similar in operation to active noise cancellation, selectively isolating certain frequencies to stay with those that interest. All these processes are carried out thanks to machine learning, which allows an appropriate selection of the elements to be isolated.

How to activate voice isolation in Facetime 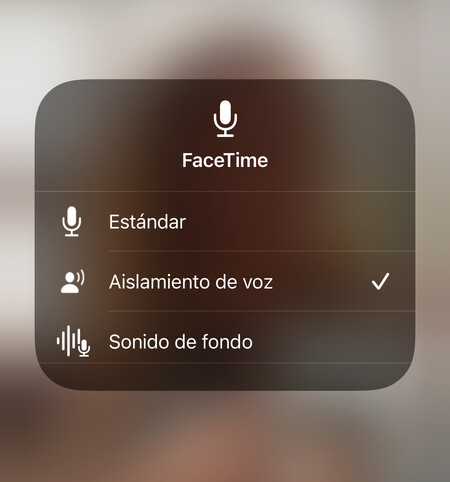 At the moment, voice isolation works for Facetime video calls. It is not very intuitive to activate, since it is not found in the app settings or anywhere in plain sight. To activate it, you must follow these steps.

Once you activate this mode, background sounds will be isolated. We wanted to put the mode to the test, and the results have been outstanding.

To check if this voice isolation mode really works, we have made a video call to test its capabilities. We measured the background sound with a sound level meter pointed at by two M-Audio AV-32 speakers, studio quality speakers, and a 10W per channel woofer. 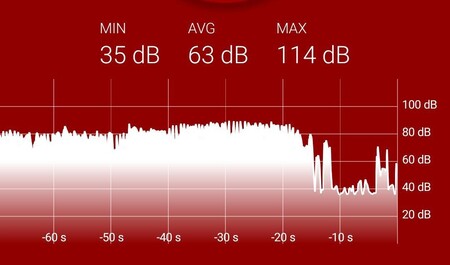 During the test, we have reproduced sound above 100 decibels.

Voice Isolation Mode is capable of isolating sounds of more than 100 decibels. When we speak, something may creep in slightly, but the noise-canceling work is outstanding.

Once this high range is exceeded, when we speak and sound has to enter through the microphone, you get to slightly appreciate the song box, being a more difficult sound to isolate. However, the test helps us to get an idea of ​​the insulation capacity of this function.

Voice isolation mode, such as iOS 15, is still in beta, so it should improve even more in the final version of Apple’s operating system. Along with it, a mode will arrive that will also allow background noises to be heard, but highlighting the voice in front of them.