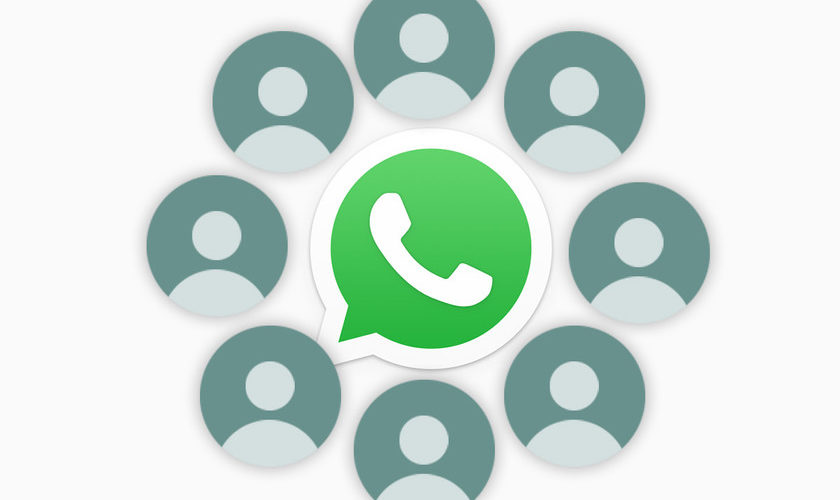 A few days ago, we discovered that WhatsApp was preparing the ground to allow calls with more than four people, and now, according to WaBetaInfo, the new limit is starting to be activated users progressively. First, of course, in the beta version of the application.

Finally, the mystery has been revealed, and at first the new limit is eight participants. The operation is the same as always, with the only difference that to include more than four participants is necessary that all of them have a recent version of WhatsApp. 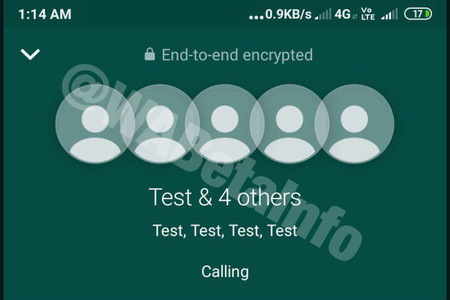 Since WhatsApp included group video calling in its application, the limit has remained unchanged at four participants in total, including yourself. It is now open to video calls with more participantswith a maximum total of eight people per call.

According to reports WaBetaInfoThe new limit is already being set activating for beta users from WhatsApp for Android and iOS. This is a gradual activation, so some users receive the new limit and others do not yet.

The way to start group video calls with more than four participants and up to eight in total is the same as always: from a chat group with less than the total, from the call tab or by calling one and then adding participants. The only difference is that everyone on the call need to have a recent version of WhatsApp. Otherwise, an error message is displayed. 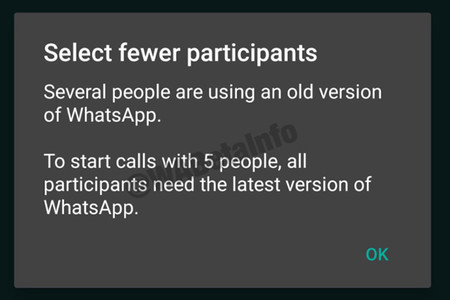 The activation of this new limit seems to be very progressiveIt may take hours, days, or even longer to activate your account, even though you’re already using the beta version of WhatsApp.